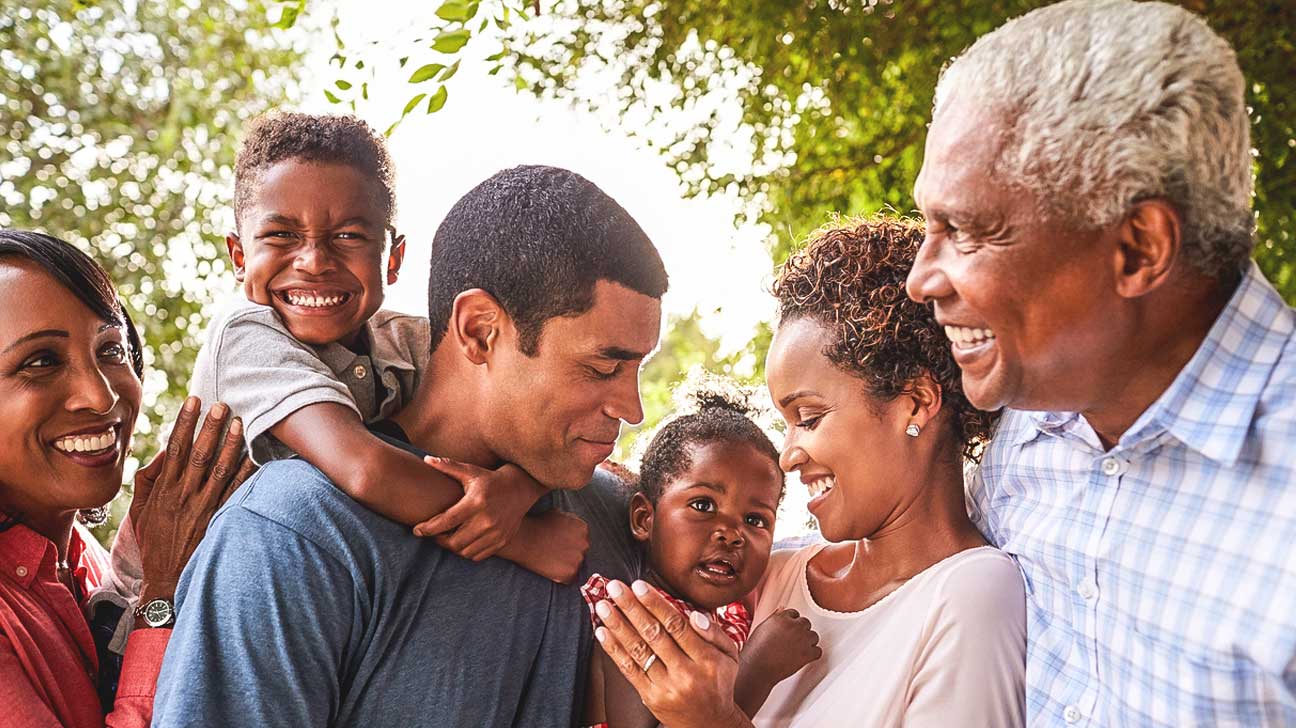 Here are some simple and often surprising tricks that research shows can extend your life..

1 Switch your latte for a cuppa

Tea is packed with antioxidants called polyphenols that can help your body fight heart disease, cancer and premature ageing.

One Israeli study found that moderate tea drinkers lived substantially longer than those who don’t have a regular cuppa.

But ­remember to give it a good stir before removing the tea bag, as research shows this releases 15% more of the age-resisting ingredients.

2 Balance on one leg every morning

It may sound strange, but standing on ­alternative legs while you dress in the ­morning forces your body to balance, strengthening your ‘core’ (back, pelvic and stomach) muscles which support your spine.

According to physiotherapist Tom Salzman: “This simple daily act will offer significant long-term benefits when it comes to staying active for longer and protecting against falls and broken bones as you get older.”

3 Have regular sex at least twice a week

Aside from the health benefits, couples with a healthy sex life can also look up to seven years younger, according to a study by the Royal Edinburgh Hospital – possibly because sex reduces stress, leading to greater ­contentment and better sleep.

Walnuts are the healthiest nut of all because they contain the most disease-fighting and anti-ageing antioxidants, according to recent search from the ­University of Scranton, US.

Eating just three walnuts a day is enough to reap the full benefits.

5 Use less sunscreen but don’t burn

Figures show that 50% of people in the UK are deficient in vitamin D, the nutrient made by the action of sunlight on our skin, ­increasing our risk of a host of potentially fatal conditions including heart disease, osteoporosis and cancer.

To boost your ­vitamin D levels without raising your risk of skin cancer, Cancer Research UK now recommends getting a few minutes (in ­practice around 15 to 20) of sun around the middle of the day without sunscreen.

But make sure you don’t burn, or you’ll wipe out any health benefits.

6 Make six good mates you can always rely on

Developing close friendships and family ties is the secret of living to 100, according to a recent Australian study of centenarians.

See Also:  Why People Lose Motivation — and What Managers Can Do to Help - Dan Cable

Other ­research has pinpointed six as the optimum number of friends we each need.

The Okinawans, who inhabit remote Japanese islands, have one of the world’s lowest ­rates of obesity, as well as the highest percentage of people living beyond 100.

Their secret? At every meal, they stop eating when they feel about 80% satisfied, happily leaving any excess food on their plate.

American ­researchers have also found animals can live up to twice as long when their food intake is reduced by up to a third.

As well as ­helping them to maintain a healthier weight, it’s thought eating less means the metabolism has less work to do, putting less long-term stress on the body.

8 Go to bed one hour earlier if you can

Lack of sleep can put you at greater risk of health conditions such as depression and heart disease, according to a raft of recent research.

And yet a small change makes a big difference – a study from Harvard ­Business School in the US found that for people who normally slept for seven hours or less a night, going to bed just one hour earlier led to a significant drop in blood pressure – therefore lowering their risk of heart attacks and strokes.

9 Make sure you floss every night

“Gum disease is the most widespread ­condition on the planet,” says dentist Dr James Russell.

“So I say sarcastically – floss the teeth you want to keep!”

And it’s not just your teeth that will thank you – in the past 10 years, studies have linked gum ­disease to an increased risk of other ­conditions, ­including heart disease, ­diabetes and certain cancers.

10 Be a details person

Research by US psychologist Dr Howard Friedman has found that the best predictor of ­longevity is how conscientious a person is.

That’s right – people who are careful with money, thoughtful, detail-focused and like to put everything back in its ­rightful place tend to live longer!

It’s thought that ­conscientious people may ­produce more of the feel-good brain ­chemical serotonin, which stops them comfort-eating and improves their sleep.

They also appear to be drawn towards healthier choices and can live less risky lifestyles.

11 Buy yourself a pet, and preferably a dog

People who own a pet are less stressed, less depressed and can live longer than those who don’t, according to research.

The ­calming effect of owning an animal can even drop blood pressure and reduce your risk of a heart attack, according to University of ­Minnesota researchers in the US.

12 Don’t put fruit in the fridge

You might think you’re making it last longer, but studies show that chilled fruit contains fewer health-boosting nutrients than fruit, which has been kept at room temperature.

For ­example, tomatoes and peppers stored in a bowl rather than the fridge can contain double the betacarotene and up to 20 times more lycopene.

Which is good news, as high intakes of both these ­antioxidants have been linked to better heart health and lower rates of certain cancers.

13 Be helpful and lend a hand to others

Helping others not only feels good – it could reap big health rewards too.

A long-term US study found that people who volunteered regularly over a lifetime lived significantly longer than those who didn’t.

14 Sing a tune in the shower

Singing regularly could be a better health insurance policy than taking vitamins, ­according to the findings of a joint Harvard and Yale University study from the US.

They found that being a choir member increased life ­expectancy, and concluded this was because a good old singsong slashed stress, ­promoted a healthy heart and helped ward off ­depression.

15 Eat twice as much fruit and veg

A recent report in the European Heart ­Journal found that people who eat eight or more portions of fruit and vegetables a day have nearly a quarter less chance of dying from heart disease than someone who eats only three – the national average.

This is because every single portion is packed with vital vitamins and antioxidants, which boost the immune system and fight the damage that leads to premature ageing.

16 Try to stop moaning so much!

Optimists live 12 years longer than ­pessimists, according to American researchers at the US Mayo Clinic. Pessimists are also more prone to viral ­illnesses and are less likely to carry out ­essential self-examinations that detect breast or skin cancer.

Apple juice could help keep your brain young, according to a recent study in the Journal Of Alzheimer’s Disease. ­

Researchers found just two glasses a day reduced the formation of the sticky plaques found in the brains of dementia patients.

18 Draw your family tree and learn your history

Finding out your family health history could help predict your own health future, as many conditions have a genetic link.

“We suspect a condition, such as heart disease or cancer, is genetic if it crops up more frequently than we’d expect by chance, especially at a young age,” says Dr Anand Saggar, genetics specialist and Harley Street doctor..

By identifying conditions that run in your family you can be sure to look out for ­symptoms so problems are picked up early.

After the age of 25, every hour of TV you watch could knock around 20 minutes off your lifespan, say scientists at the US ­National Cancer Institute.

This is thought to be down to the fact that the more TV you watch, the longer your body is sat around doing nothing, muscles aren’t exercised and calories aren’t burnt off – raising your risk of illness and early death.

20 Make sure you never skip a screening

“The NHS doesn’t offer tests for the fun of it – they can, and do, save lives by catching diseases early when they’re still treatable,” argues Dr Dawn Harper.

“So if you’re offered any test ­whether it’s a smear, a blood pressure check or a mammogram, making that ­appointment should be a priority – not something that wallows in the bottom of your in tray.”

21 Measure your waist – not your weight

Scientists have discovered that waist ­measurement is a better predictor of heart disease than either weight or BMI (body mass index) because it can point to the ­existence of visceral fat, the dangerous fat that sit around the vital organs.

Your waist should measure below 94cm for a man or below 80cm for a woman.

22 Get hitched – it’s good for your health

Married men are three times less likely to die from heart disease than men who have never tied the knot, while marriage halves the risk of cardiac death for women, ­according to a 2009 study.

But as adults we only laugh an average of five to fifteen times a day, while children can easily clock up over a hundred daily giggle bouts.

According to a long-term Finnish study, smoking not only shortens your life by around 10 years, but it also lowers your quality of life in old age, as smokers are more likely to suffer from debilitating illnesses.

25 Try to believe… in something

More than 1,000 studies have found a link between faith and living longer.

It’s thought that having strong beliefs helps people deal with stress and emotional problems, and also seems to offer protection against heart, respiratory and digestive problems.