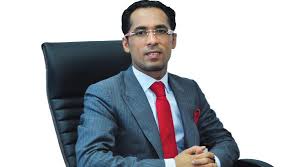 About 10 days after he was abducted by unknown gunmen, Mohammed Dewji (Mo), Tanzania’s Billionaire Businessman has been released today by his abductors, and is safe and sound.

This story was confirmed by the Father of Mo, Gullam Dewji.

Mo himself has confirmed to the general public that he is hale and hearty. Tweeting through the verified Twitter handle of his company, MeTL, the billionaire said:

“I thank Allah that I have returned home safely. I thank all my fellow Tanzanians, and everyone around the world for their prayers. I thank the authorities of Tanzania, including the police force for working for my safe return.”

However, the identity and motive of his abductors are yet to be established. It’s also unknown yet if any ransom was paid for the release of Mohammed Dewji.

It would be recalled that Mo was abducted on October 11, 2018 while doing morning exercise nearby a Hotel in Daar es Salaam, Tanzania’s capital.