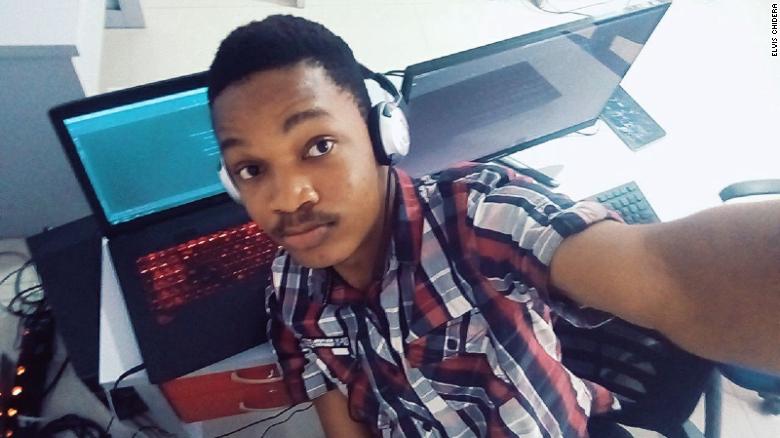 Elvis Chidera is a developer at dot Learn in Lagos, a startup which builds educational apps for students in emerging markets. The opinions in this article belong to the author.

I’m a 19-year-old developer at an MIT-backed startup called dot Learn in Lagos, living in the bustle of Nigeria’s largest city. But until recently my life was quite different.

Just a few years ago, I was living in rural southeastern Nigeria and had nothing but a basic Nokia 2690 phone — and a big dream to improve the world using technology.
Here’s my journey from “village boy” to the epicentre of West Africa’s tech boom.

I began programming at 11 years old. As a kid I spent hours on websites and downloading and playing the latest games. After a while I became curious about how websites, which seemed to exist almost by magic, were built — and how I could build one myself.
My first step was, like most people, to Google it. This led me to the W3Schools tutorials, a handy site where you can learn to program.
To build a website I needed a computer, but no one in my family could afford one. Luckily, my relative gave me a Nokia 2690 phone. It wasn’t very advanced, but adequate enough for me to learn the language of programming. 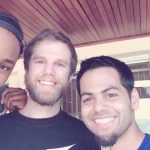 Once I had become a capable programmer, the idea for my first web project was sparked after I watched The Social Network movie, which about the founding of Facebook.
I was inspired by Mark Zuckerberg. But I wanted to go further and create something better. At that time Facebook was set up to connect people you already knew, but I wanted to create a platform which connected everybody.
After some time and a lot of effort, my attempt to replace Facebook fell through. I couldn’t get enough users to sign up on the website. The few that signed up didn’t stick around because there was only a few people to chat with.

A new idea, a new app

I quickly moved onto my next idea: an app that makes it easy to send text messages to multiple people at once and at an affordable price. The cost of sending text messages in Nigeria was around $0.013, I planned on reducing it to $0.005.
To build the app, I learned a new programming language called Java. I also needed to have a computer to compile the code, but I still couldn’t afford one. Fortunately, I was able to find a way to build an app right on my Nokia phone, through an application called J2ME SDK Mobile.
I spent days programming, carefully typing everything on the phone’s small number pad. After a few months, I had built the website and the app.

The app launch went well  —  at least better than my first project. We got some local press and grew to about 5,000 users. There were a few daily transactions, but over time, due in part to my inexperience (I was still only 14 years old), I was not able to keep up with the number of users and had to shut the app down.
It was becoming clear that to take my programming skills to the next level I would need a computer. I cut my daily expenses and lived a simple a life as possible. I asked my relatives for help. I even sold some personal belongings to raise money for the laptop.
Still, it wasn’t enough. Determined to achieve my goal, I took on a freelance job building a website to earn the remaining sum.

How do you build a website for PC on a feature phone? Simple: have a Facebook friend you disturb every night to view your website on his computer and give you feedback. It was cheaper than going to a cyber cafe.

Finally I was able to get a laptop. I switched immediately to creating Android apps. The Android platform didn’t have the limitations that exist on the J2ME platform which, for a techie like me, was very exciting.
At this point, I was now a high school graduate, and I was looking for freelance jobs to support my family. I saw a job advert for an Android developer position at dot Learn. I looked them up and realised it was set up by two MIT-based technologists working in a field that I was passionate about, education technology.

They had a unique idea: to solve the problem of access to online education by making educational videos extremely data-light  —  as low as 1MB for every hour of video.
I felt this was key to making education more accessible, as cheap and fast internet connection needed to download large videos is still uncommon in Africa.
I am very passionate about revolutionising education in Africa. In fact, I had already built a free (ad-supported) exam prep app called PrepUp with over 30,000+ installs and was one of the finalists at the West Africa Mobile Awards 2016.

After several days of debating with myself, I finally applied for the position. Well, long story short: after lots of preparation, a phone interview, coding projects, and answering challenging questions, I was accepted.
Working at dot Learn, I have met lots of awesome people from MIT, Harvard, and other great places. As a team, we have been part of some testing competitions like the Techcrunch Battlefield Africa, Cisco Innovation Challenge, and the MIT Inclusive Innovation Challenge.
It’s been incredible so far, and dot Learn is just one of many startups, like Andela and iROKO, in the growing tech ecosystem bursting in Lagos.

It’s hard to believe this journey all began with a basic Nokia phone.