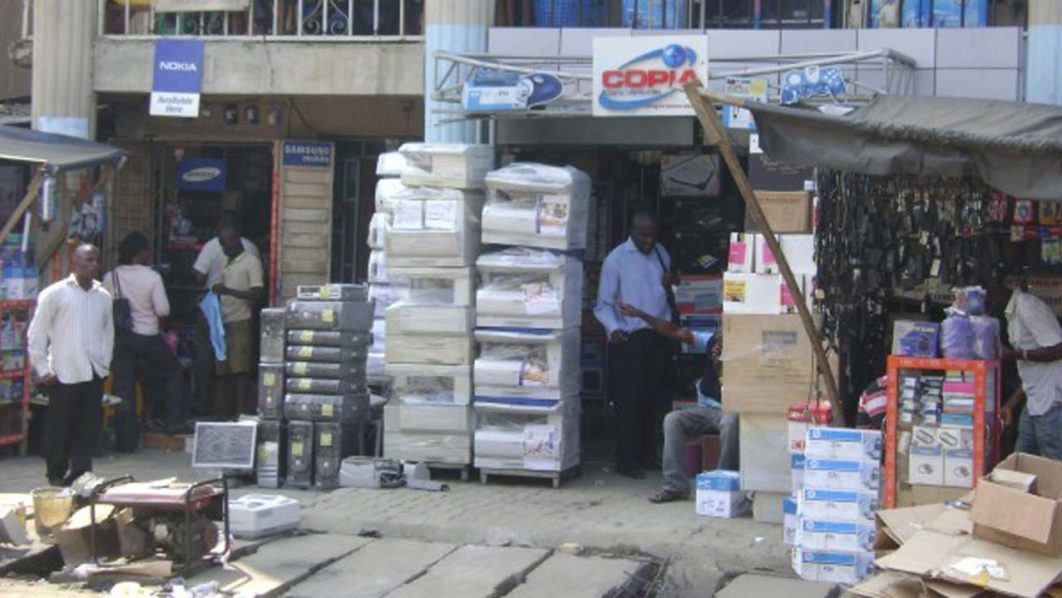 Over 10,500 business transactions carried out daily at Computer Village – CAPDAN

About 10,500 business transactions are carried out daily at the Computer Village in Lagos.

Mr Ahmed Ojikutu, the President of Computer and Allied Product Dealers Association of Nigeria (CAPDAN), disclosed this to the News Agency of Nigeria (NAN) on Friday.

Ojikutu said that these transactions were carried out by about 25,000 traders in 3,500 shops.

“These business transactions are carried out by middle men, big dealers and even small retailers.

“Computer Village generates about N1.5 billion on a daily basis from both offline and online business transactions.

“It is a tremendous job keeping businessmen and women under one umbrella, especially because the larger percentage of the people are educated and wealthy,’’ Ojikutu said.

According to him, activities at the Computer Village go beyond selling mobile devices.

“Going by the kind of transactions and money that change hands at the Computer Village, it can be described as a hub of technology-based activities from the level of repairs, refurbishment and software-related activities,’’ the CAPDAN president said.

He said that the association was now collaborating more with government agencies and ministries than before to get their support.

Ojikutu said that the association was also working with the Nigeria Communication Commission (NCC), Ministry of Communication and the National Information Technology Development Agency (NITDA).

“The Lagos State Government has given us a lot of support, but we need the government to do more because real time technology would be the only driving force that can take Nigeria to the next level of development.’’

He said that the state government’s plan to relocate the Computer Village would materialise very soon, adding that the proposed site would be a well-planned ICT park.

Ojikutu said that that there would be free WiFi and a general generator for power supply at the new site.

He said that the association was making efforts to ensure that phone hand sets were produced in Nigeria, adding that the association’s partnership with the NCC was to create an avenue where young Nigerians would be trained to become technical experts.

“What is hindering the production of phones in Nigeria is knowledge.

“We need to move from knowing how to use a mobile phone to building a panel.

“The moment we start training the younger ones on how to place a micro-chip on a board and how to write a programme to adding a screen and led, automatically we have started developing ways to build a phone.

“As we intensify efforts towards training our younger ones on ways to build phones, we hope to develop quality hardware gurus,’’ Ojikutu said.

See Also:  22 Lessons From Stephen King On How To Be A Great Writer

He said that the market for new phones in Nigeria was bustling as 95 per cent of Nigerians, who needed phones, went for new ones.

“New phones are what people buy majorly, except for some Nigerians who, due to desire for phones that are in vogue and has all the features, will buy used ones at a lesser price,’’ the CAPDAN president said.