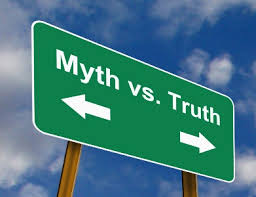 10 Myths About Entrepreneurs With Myth Breakers

Do you have what it takes to be an entrepreneur? You probably have many of the key traits of successful entrepreneurs.

There are lots of very wrong myths out there about entrepreneurs that may be worthwhile for you to examine as you think about whether starting a business is right for you.

Myth No. 1: Entrepreneurs Are High-Risk Takers
Entrepreneurs are often thought of in terms of the risk they assume. Even the dictionary describes an entrepreneur as one who assumes business risks. However, like all prudent businesspeople, entrepreneurs know that taking high risks is a gamble. Entrepreneurs are neither high nor low-risk takers. They prefer situations in which they can influence the outcome, and they like challenges if they believe the odds are in their favor.

Myth breaker: Entrepreneurs tend to carefully seek the best risk/reward action.
They seldom act until they have assessed all the risks associated with an endeavor, and they have an innate ability to make sense out of complexity. These are traits that carry them on to succeed where others fail.

Entrepreneurs generally seek the best risk/reward situation. Like most humans, they are often being a little hesitant to risk everything and take wild chances.

One way entrepreneurs can limit the risk they are exposed to is by choosing one of the best business ideas out there. Knowing which businesses to start and which to avoid is the first step towards success.

Myth No. 2: Entrepreneurs Are Born

Many people, Rye says, believe that entrepreneurs possess innate, genetic talents. However, experts generally agree that most entrepreneurs were not born; they learned to become entrepreneurs. The recent proliferation of college and university courses on the subject supports this point. Entrepreneurship is currently being successfully taught.

Myth breaker: This statement has some element of truth in them, I can’t overemphasize the fact that almost anyone can be a successful entrepreneur. However, every aspiring entrepreneur should ask themselves these questions before committing to a business. Starting your own company is not an easy decision and you must understand that it will change your life in many ways.

Myth No. 3: Entrepreneurs Are Mainly Motivated to Get Rich
Any successful entrepreneur will tell you that starting a business is not a get-rich-quick alternative. New businesses usually take from one to three years to turn a profit. In the meantime, you’re considered to be doing well if you break even. During the business start-up stage, entrepreneurs do not buy anything they do not need, such as fancy cars. Most drive junk cars and use their surplus money to pay off debt or reinvest it in the business. Their focus is on creating a company with a strong financial base for future expansion.

Myth breaker: Becoming an entrepreneur is not a get-rich-quick alternative.
Again, this statement holds water. For entrepreneurs, money isn’t everything. But there’s nothing embarrassing about being partially motivated by money, as are most entrepreneurs. If entrepreneurs didn’t have the ability to get rich and get financially rewarded for their work, the United States could be almost as poor as Cuba. It is OK to make money, build a business, and help build your local economy in the process.
Knowing what motivates you to start a business is just the beginning. Pay attention to these 5 crucial steps to start your own business.

See Also:  THE IMPORTANCE OF FOCUS FOR AN ENTREPRENEUR OR CORPORATE LEADER.

Myth No. 4: Entrepreneurs Give Little Attention to Their Personal Life
All successful entrepreneurs, work long hours, which cuts into their personal life. However, long working hours are not unique to entrepreneurs. Many corporate managers and executives work well beyond the average 40-hour workweek. The primary difference between the entrepreneur and his or her corporate counterpart is schedule control.
In the corporate world, you may not have control over your schedule. If some higher-level manager calls a Saturday meeting, you’ve got no choice but to be there. Entrepreneurs don’t mind working 60- to 70-hour weeks, but they will do everything they can to preserve their private time. They schedule important meetings during the week so that they can have weekends off for their personal life, which is very important to them.

Myth breaker: Entrepreneurs are not afraid to work long hours, but they will do everything to preserve their private time and schedule control.

Most entrepreneurs truly do not give a lot of attention to their personal lives. I have, at times, been an outlier and had almost no personal time, such as when I was a full-time student at Harvard Business School and running four start-up businesses at the same time, or was a full-time college student and starting an independent newspaper business. Sometimes, as an entrepreneur with an especially fast-growing business, you are going to have to sacrifice personal time.
Even if you are likely to sacrifice some of your personal time to get your business off the ground, starting it isn’t the most time-consuming part of the process. It doesn’t take much time to start your own business. Running it and getting it to the next level is another story.

Myth Breaker: It takes high-profit margins, not high tech, to make it as an entrepreneur. One has only to look at the recent problems that have plagued the computer industry to understand this basic principle. High-tech personal computers did very well when they made high-profit margins. The industry then went into a nosedive when profits fell.
Very few businesses require high tech abilities. In fact, I have started and run a multimedia business, an interactive software business, and two Internet businesses, with virtually no tech experience or expertise. (Although, to be sure, I did learn to do a little computer programming along the way when I started these businesses, to help me appreciate what the engineers were doing.) Furthermore, most businesses are not even tech businesses at all.

Myth No. 6: Entrepreneurs Are Loners and Introverts
Initially, entrepreneurs might work alone on a business idea by tinkering in the solitude of their garage or den. On this myth, I don’t totally agree with Rye. The astute entrepreneur knows that he or she must draw on the experience and ideas of others in order to succeed. Entrepreneurs will actively seek the advice of others and will make many business contacts to validate their business ideas. The entrepreneur who is a loner and will not talk to anybody will never start a successful business.

Myth breaker: Entrepreneurs need to seek the advice of others. A loner will find it difficult to start a successful business.

I’ve spent a lot of time working largely in isolation during the early stages of building businesses. I think a lot of other entrepreneurs have, too. Not ideal in hindsight, but that’s what I often did. Generally, I think entrepreneurs are willing to work independently if it is necessary to succeed. But even independent-minded people can get lonely, especially if you are working day and night in small home-based business.

Myth buster: I tend to agree. I think most entrepreneurs have usually had a good track record in the workplace. Most have spent years working for other people before going on their own. But you don’t have to do so to succeed. The longest single job I ever held lasted about eight weeks, but in total, I’ve only worked a few months for anyone else in my entire lifetime.

Myth No.8: Entrepreneurs Finance Their Business with Venture Capital
Entrepreneurs, know that venture capital money is one of the most expensive forms of funding they can get. Consequently, they will avoid venture capitalists, using them only as a last resort. Most entrepreneurs fund their business from personal savings, or by borrowing from friends or lending institutions.

Myth buster: Venture capitalists only finance a tiny proportion of small businesses.
I often remind people that venture capital is a relatively small industry and, as such, finances an extremely minute number of small businesses. To be financed by a VC firm, your business might need to meet all kinds of criteria, and then find a VC firm that totally loves it. Furthermore, since VC firms tend not to want to put much money into any one startup, most VC-funded startups have to get money from not one but several different firms.

Myth No. 9: Entrepreneurs Are Often Ruthless or Deceptive
Some people believe that to make it as an entrepreneur, you have to be deceptive and step on anybody who gets in your way. The reason why many may think of it that way is due to the behavior of some entrepreneurs who only think of what to gain from their employees, customers or business partners without looking for what how to contribute to their growth. Not all entrepreneurs are like that. There are still some entrepreneurs who will take the normal route to success without looking for shortcuts. They have the interest of their customers and those they relate to at heart. They do not look for ways to make eat fat on people’s ignorance but help open their eyes to a world of possibility.
Myth breaker: There are definitely some bad apples who possess the most unethical behavior that sometimes you wonder how they got to where they are. But they usually do not last long and their venture closes before it even starts because no one would like to work with such a person.

Often, they lose their best employees, whom they also treat poorly, or they lose their customers. Once, when I was in a dogfight with a totally ruthless competitor in a business that was extremely dependent upon sales, his three best salespeople, as well as his sales manager, approached me on their own initiative and ended up joining my team.

Myth No. 10: Entrepreneurs Have Limited Dedication
This all depends on the direction of the dedication. Entrepreneurs are dedicated to seeing that a business

It is a myth that entrepreneurs are not dedicated to any one thing. But he adds that dedication is an attribute that all successful entrepreneurs exhibit. They are dedicated to becoming their own boss. To this end, they’ll work like a dog to make their business succeed.