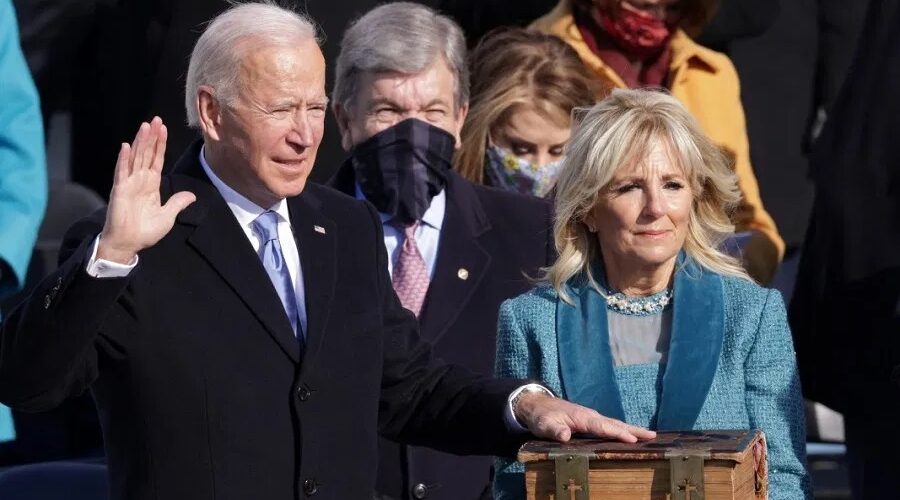 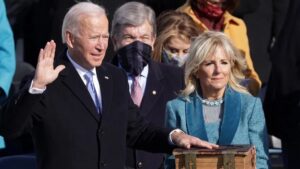 The whole world watched in awe as Joe Biden was sworn in as the new President of the United States.

Joe Biden has been sworn in as the 46th President of the United States.
The 78-year-old Democrat and former Vice president to Barack Obama is being sworn in after emerging the winner of last year’s Presidential elections.

Biden’s running mate, Kamala Devi Harris was sworn in as vice president by Justice Sonia Sotomayor, becoming the first woman and the first black and Asian-American person elevated to serve in a role a heartbeat from the presidency.

The inauguration took place at the US Capitol, the same building that was stormed on January 6, by Donald Trump’s violent supporters.
Trump who for months refused to conceded to Biden’s victory at the polls left the White House for the final time hours earlier and flew to Florida after making it clear weeks ago that he will not be attending the inauguration.

Trump’s Vice, Mike Pence attended the ceremony, as he skipped Trump’s farewell military salute event at Andrews base.
The ceremony includes musical performances by Lady Gaga – who sang the national anthem – as well as Jennifer Lopez and Garth Brooks.

Former Presidents; Barack Obama, George W. Bush and Bill Clinton were all present at the inuaguration

See Also:  Parler sues Amazon for taking down its site

What you should know
• At 78, Biden is the oldest president ever to take the oath of office.

• In his speech, Biden swore to defend the constitution and the country “against all enemies, foreign and domestic”.

• Donald Trump skipped the ceremony, becoming the first president not to attend his successor’s inauguration since 1869.