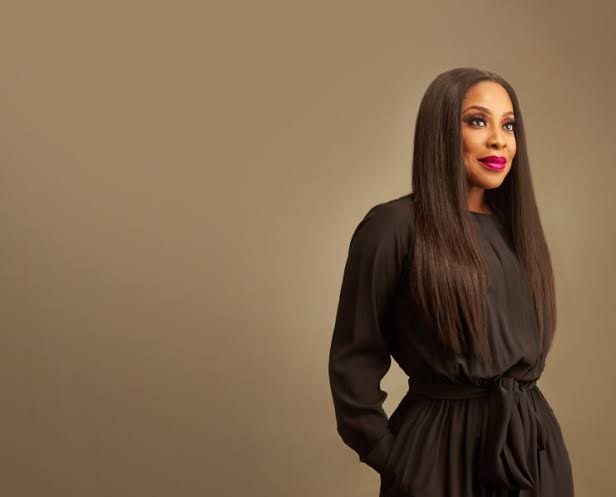 Mo’ Abudu: From recruitment consultant to queen of modern-day media

Mo Abudu is the definition of determination, hard work. consistency and grace. From a talk show host to media giant and now to one of Africa’s most successful filmmakers, Mo’ Abudu is a force to be reckoned with.

Mo Abudu, the founder of EbonyLife TV, has become quite a sensation for her outstanding media productions and several entertainment deals secured with international partners.

Described by CNN as “Africa’s Queen of Media who conquered the continent,” practically all her film productions have been major cinema hits, holding down records years after their production.

She oversees all five divisions of EbonyLife Media – EbonyLife TV, EbonyLife Films, EbonyLife ON, EbonyLife Studios, and EbonyLife Productions Limited (UK); and has been described by Forbes as “Africa’s Most Successful Woman.”

This week’s Founders Profile focuses on Mosunmola Abudu, the woman who has successfully turned the tables and provided a platform to tell African stories to the world.

Mosunmola was born on 11 September 1964 in London, the first of three girls born to her parents, and had much of her early years and education in London, even though her family roots are in Ondo town, Nigeria.

After losing her father at age 11, she worked her way through college. The situation got her off to an early career start and at age 19, she had already become the brand ambassador of AVON Cosmetics for the African market.

She later bagged an MA in Human Resources Development from the University of Westminster in London.

Abudu worked as a Recruitment Consultant in 1987, but left the United Kingdom for Nigeria in 1992. She took up a prestigious job as the Head of Human Resources and Training at the Starform Group, ExxonMobil.

After almost a decade on the job, she quit to become an Entrepreneur, a move that her family frowned at.

“Scary thought at the time, but I knew instinctively that I wanted to do more. On reflection now, I understand why some friends and family were worried about my decision. I had a great job, was paid well, the sky was the limit and I walked away from it all,” Abudu recalled.

She joined the train of full-time entrepreneurs. In 2000, she started Vic Lawrence & Associates Limited (VLA), a privately-owned specialist HR development company, and shortly after, she developed an executive training centre at Protea Hotel Oakwood Park.

Four years into this, she started Moments with Mo, and broke her way into the media industry, without any prior experience as a Presenter.

“When I first approached DSTV with the proposition that Africa was ripe for its own Oprah Winfrey or Ellen DeGeneres show, I had already planned for a global TV channel opportunity.

“I explored channel possibilities with SKY in the UK and knew that I needed a big platform to project Africa in a different, more positive light. This was what incited me to start thinking of establishing Ebonylife TV and take African Stories to the world,” she explained.

Into the murky waters of film production

In 2013, Abudu took a step that would later earn her Forbes recognition as the “First African woman to launch a pan-African TV channel.”

She plunged all her investments and savings to launch Ebonylife Television, the first fully Nigerian-owned entertainment channel to be carried on the South African Pay TV platform – DSTV.

In several interviews, she said it was all about creating a more positive narrative around Africa and Ebonylife became the platform to achieve this.

Ebonylife TV acquired the rights to “Dynasty” and “Melrose Place” from CBS International and airs in more than 49 countries across Africa, as well as in the UK and the Caribbean. It has also been ranked among the top 25% of the most-watched channels on the DSTV platform.

“There are so many African stories that are yet to be told… Let’s take these stories to the world now, that’s the journey we’re on,” says Mo Abudu.

From being Africa’s first global black entertainment and lifestyle network, Ebonylife went on to become a class act in film production.

Abudu has launched a string of series over the years including The Governor (about Nigeria’s first female State governor); Desperate Housewives Africa (based on Disney’s original series); Sons of the Caliphate (about the rivalry between rich and powerful families in Northern Nigeria); and Castle & Castle, Africa’s first premium legal series, amongst others.

In 2014, Mo Abudu took a deep-dive into filmmaking with Ebonylife Films, with several record-breaking movies.

One of her productions, Fifty, was acquired by Netflix in 2015. It starred Nse Ikpe-Etim, Ireti Doyle, Omoni Oboli, and Dakore Akande, and was Nigeria’s highest-grossing drama and number 1 film in 2015. It was also the only Nigerian film selected to screen at the 59th BFI London Film Festival.

In 2016, she was co-Executive Producer of The Wedding Party, a blockbuster movie directed by Kemi Adetiba, which broke the box office record of 2016. After it was premiered at the Toronto International Film Festival in 2016, it became the highest-grossing title of all time at the Nigerian box office, before it was acquired by Netflix in 2017.

The sequel came in 2017, when Abudu was also co-Executive Producer of The Wedding Party 2: Destination Dubai, directed by Niyi Akinmolayan and featuring the original movie’s main cast. The sequel broke the records of the original movie in terms of domestic and international revenues, and became the highest-grossing Nollywood film of all time.

The Royal Hibiscus Hotel was produced in 2017, directed by Ishaya Bako and featured many A-list actors. The movie made its debut at the Toronto International Film Festival in 2017, the only Nigerian selection and one of only three African features in the Contemporary World Cinema category.

Since the Toronto International Film Festival only beams its light on 48 of the best new films worldwide, it was an ace in the hole when the film festival described The Royal Hibiscus Hotel as a “Hidden Gem.” It was licensed by Amazon Prime in 2018 for audiences outside Africa.

Other productions by her include Chief Daddy, a star-studded film directed by Niyi Akinmolayan, which became the “Official Number 1 Nollywood film of 2018” and the third-highest grossing Nigerian film. It was acquired by Netflix in early 2019 after some weeks in the cinema.

Her most recent production, Oloture, is a feature film to expose the shady business of human trafficking in Nigeria, and the movie is set to create a whole new record at the box office by the end of the year.

Speaking about her interest in African stories, Abudu said, “I have said it time and time again, the continent (Africa) has remained creatively silent for centuries, our stories are never told. Meanwhile, there is too much of the same in global storytelling.

“The world wants more, and because we are now able to provide a variety of stories told against a backdrop never seen before, we now have a seat at the table. Our stories are being accepted because they are authentic and relevant. Of course, most recent is the clarion call for Black Lives Matter and Black Stories Matter.”

She received an honorary Doctor of Humane Letters (Honoris Causa) from Babcock University in 2014. In recognition of her outstanding services to broadcasting and enterprise in Nigeria, the University of Westminster also awarded Mo an honorary degree of Doctor of Arts in 2018.

Her name has made it into several recognition lists including the Hollywood Reporter’s 25 Most Powerful Women in Global Television in 2013 and 2017; and The Powerlist 2018, an annual list of the UK’s top 100 most influential people of African and Caribbean heritage.

She was appointed a Director of the International Academy of Television Arts and Sciences, the organization responsible for staging the world-famous International Emmy Awards. She was also nominated in 2018 to serve as a member of the Advisory Group on Technology and Creativity for Nigeria.

Abudu was one of four recipients awarded the 2019 Médailles d’Honneur in Cannes at the Marche International des Programmes de Television (MIPTV) in April 2019.

In September 2014, Abudu launched the Ebonylife Sisterhood Awards on her 50th birthday to “empower women to work together to accomplish great things, and seek to celebrate women who have excelled in laudable achievements.”

The event was themed – “Mo @ 50, Celebrating sisterhood,” with awardees recognized based on their demonstration of excellence, commitment, innovativeness, integrity, and national impact.

In 2018, Sony Pictures Television (SPT) announced a three-year deal with EbonyLife TV, that would include co-production of The Dahomey Warriors, a series about the legendary Amazons who took on French colonialists in a 19th-century West African kingdom.

This deal marked a first-time collaboration between an American TV production studio and a Nigerian production company – a milestone in Nigeria’s film production.

A similar partnership came in January 2020, when American entertainment company, AMC Networks announced its partnership with EbonyLife to produce Nigeria 2099, an Afrofuturistic crime-drama.

In the middle of the COVID-19 lockdown, Ebonylife signed a multi-title deal with Netflix to create two original series – a film adaptation of “Death and the King’s Horseman,” a play by Nobel Prize winner, Wole Soyinka; and a series based on Lola Shoneyin’s best-selling debut novel, “The Secret Lives of Baba Segi’s Wives,” along with multiple branded films.

It all started as a gamble

Ebonylife TV has taken another step towards independence after leaving the DSTV channel 165 in July 2020 for its own Ebonylife ON app platform. This will provide subscribers with unlimited access to contents and series on the app.

In December 2019, Abudu launched EbonyLife Place, a luxurious lifestyle and entertainment resort, with a boutique hotel, restaurants, 5 luxury cinema screens, an event hall and meeting rooms, in the heart of Victoria Island, Lagos.

“It all started as a gamble,” Mo says about her achievements. “I took a gamble, but I heard God whispering to me, ‘Mosunmola, go out there and live your dreams,’ and so I did.”