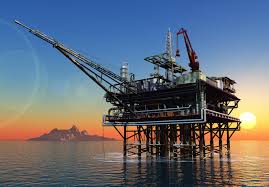 Nigeria: Oil Price May Hit $75 As Industry Moves to Save $20 Billion On Drilling

Oil and gas investors, especially stakeholders in upstream are optimistic that the price of oil will soon hit $75 per barrel soon.The experts added that the cost savings and operational improvements are where the gains of the energy sector would be realised going forward as the development would assist the sector to save nothing less than $20b on drilling.

The players insisted on a Wood Mackenzie’s recently released second yearly State of the Upstream Industry survey that addressing the energy transition challenge would also remain a priority for 2018.

The report noted that energy transition would be a key topic, particularly for the international Oil Companies (IOC), who regarded diversification into the renewables sector as the next step.It noted that over the past year, the European Majors have emerged as leaders in renewables investment – a strategy highlighted by 15 percent of the survey’s respondents as a priority.

Compared to last year edition of the report, financial health was regarded as most players ranked free cash flow as the priority for 2018, they also consider lower risk growth as preferred although there were indications that frontier exploration was slowly fighting back.

Similarly, deepwater and exploration across the world still required the highest hurdle rates but the weighted average was beginning to decrease, the report revealed.

Compared with last year’s survey, companies are optimistic about oil prices, saying that the price would climb above $75/bbl in 2021.

In a period of higher oil prices, it looks like growth options are being brought back to the table, asset Merger and acquisition and frontier exploration are more attractive options this year than last year, the survey showed.

Head of Corporate Analysis at Wood Mackenzie, Martin Kelly, said: “The industry’s growing confidence is evident in spending expectations too. More will be spent globally and in each region, this year compared to last year. Capital investment, exploration investment, and M&A spending will all increase by at least 10 percent year-on-year.

“With more of a focus on growth and investment than this time last year, companies are still disciplined in how they sanction projects using hurdle rates. But hurdle rates have dropped slightly this year, particularly at the riskier end of the investment spectrum. Both deepwater and exploration investments have a lower average hurdle rate compared to last year, moving from close to 16 percent last year to below 15 percent in the 2018 survey.

This may be statistically insignificant, but it’s a trend worth keeping an eye on.”More than 60 percent of survey respondents said digitalisation of the industry will have a ‘major’ or ‘transformational’ impact. This is likely to be felt most at the operational end of the industry – production optimisation, equipment reliability and internal process efficiency. Digitalisation is expected to result in faster and better decisions, more production and fewer outages. It will also help reduce costs,” he said. “If we translate the 10 percent saved by operators in the L48 with edge analytics, the industry is looking at US$20 billion saved on drilling globally. That’s a big piece of the pie.”