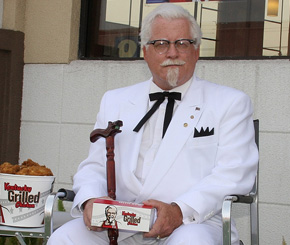 The Older Entrepreneur’s Guide to Success

Linda Nagamine is much like any other entrepreneur. She’s energetic. She’s a risk-taker.

But there’s something that might make Nagamine, who founded her business in 2007, seem unique: She’s 60 years old.

After years of working for an airline, she used $2,000 that had been earmarked to buy a ring to start Honolulu-based EZ Living Connection. And the company just had its first product–a keychain-like device that attaches to a woman’s purse strap and puts an end to the days of searching for keys–featured on the television shopping network QVC.

“I was seriously thinking of retiring, but it seemed to be the right time to do many things I put off for so long,” she says. “I discovered I was willing to take on my own company.”

Nagamine isn’t a voice in the wilderness. Older people are taking the entrepreneurial step for the first time. In the study “The Coming Entrepreneurship Boom,” the Ewing Marion Kauffman Foundation reports that from 1996 to 2007, Americans aged 55 to 64 had a significantly higher rate of entrepreneurial activity than those aged 20 to 34.

“We’re seeing that the 50-plus generation has greater autonomy, flexibility, and resources–both intellectual and financial–than ever before. The internet is just one example,” he adds. “They also have more experience than younger entrepreneurs.”

Widespread job losses–with their often singular focus on older workers–are another reason for older entrepreneurs to strike out on their own. Fifty-five-year-old J.R. Rodrigues of Cumberland, Rhode Island, brought 25 years of sales and marketing experience to Job Hunt Express, which produces software to help job seekers. He also lugged along some employment anxiety: “I was getting worried about continuing to be ‘hirable’ as a sales management executive as I got up in years.”

If starting your own business later in life is an appealing idea, keep these tips in mind:

Keep things lean. As with any entrepreneur, older people who start their own business would do well to keep expenses in check, particularly at the outset. Says Liz Dahl, 61, who started the travel website Boomeropia.com: “I first thought of starting a travel magazine for boomers, but it made more sense financially to create a website instead. That way, money was not really an issue.” Matthews says that sort of caution is typical among older entrepreneurs: “With their experience, they’re better at managing risk than others.”

See Also:  JUST STARTING A BUSINESS? THESE 4 TIPS WILL HELP YOU STAY CONFIDENT AS A FIRST-TIME ENTREPRENEUR.

Leverage networks. “Be sure to use your network of friends, family, and colleagues throughout the launch and growth of the company,” says Rodrigues. “Capitalize on their assistance and collective wisdom.”
If you lack a skill, partner with someone. “I found a partner who knew the things I didn’t–particularly the technical side,” says Dahl. “I knew [public relations], but the technology was difficult. So by partnering with someone who had those skill sets, we put in very minimal money and relied on sweat equity to get launched.”

Don’t get discouraged because of your age. Although they’re starting ventures at record levels, older entrepreneurs say there’s no shortage of people who will attempt to disparage the idea of starting a business later in life, citing unnecessary risks, health concerns, and other arguments. If the passion is there, stay the course. Nagamine countered naysayers by focusing on others who shared her entrepreneurial spirit: “I started to attend business classes, networking forums and surrounding myself with like-minded people.” Adds Dahl: “It’s never too late to pursue what you love. Boomers have always been rebels, so why stop now?”