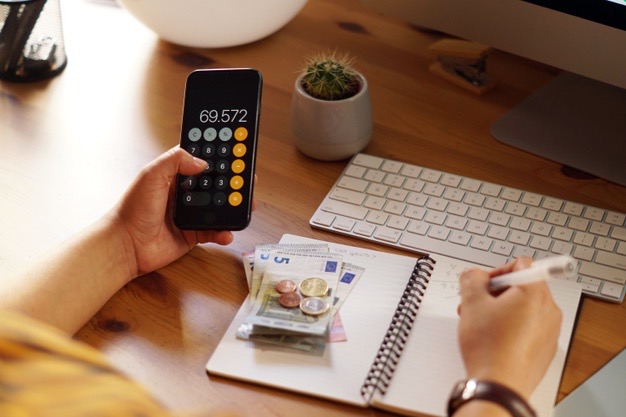 COULD THIS BE WHY YOU ARE STILL NOT WEALTHY?

Have you ever wondered why so many people desire to be wealthy and in control of their financial lives but it seems only few people have mastered the art of doing that effectively.

Well here’s what I know; Nothing could be further from the truth.

This is what I’ve found out from over 5 years of learning from wealthy people and building up my own personal wealth;

Wealth that lasts for generations is accessible to everyone. However only the few who choose to seek the fundamental knowledge that guides its processes are those who will ever have the joys and abundance that having lasting wealth bestows.

It’s impossible to build wealth by accident and it is erroneous to believe that just because you have a high academic qualification and land a Job that pays you well, you’ll automatically become a wealth connoisseur, that is deception of the highest order.

Wealth doesn’t care about your degrees and qualifications.

There are many highly qualified broke professionals. I’m sure you know one. You’ve probably even seen one in the mirror while brushing your teeth in the morning, Right?

So what is this Wealth Code that must be broken to uncover and possess it? Let’s get to it.

The first thing to know is this; WEALTH IS A DISCIPLINE. And like every other discipline, it follows a set of laws that if obeyed, comes with rewards and if disobeyed is followed by a lifetime of lack, poverty, and a continuous hide and seek with money.

So what are the steps that one must become aware of and begin to practice to become a beneficiary of lasting wealth?

There are 6 Steps to be followed in this journey of wealth building;

I’m sorry to disappoint you, Medical Education cannot take the place of Wealth Education, neither will praying and fasting cause rains of money to fall upon you!

You must begin by deliberately enrolling yourself in the institution of wealth and start learning the discipline of Wealth, that’s the first step.

This is the point where you must express a value to the world for which you will be rewarded.

If you don’t have anything of value to give to others for which you must be rewarded and paid, then be ready to beg for the rest of your life.

Show me a person who became wealthy by begging, and I’ll show you a person that never existed! It just doesn’t work.

You must acquire wealth by being paid for the services you render or the products that you deliver to the market place.

Most people go straight from acquisition to squandering. As they get paid, they become a leaking basket (Just Imagine a basket with holes that still leaks)!

They don’t retain any of the money paid to them from the work and value they offer.

They go staring from getting to spending with no plans to keep a huge portion of that towards the remaining steps of wealth building.

You must accumulate money and other resources if you’re serious about building wealth.

If you have nothing accumulated, you will have nothing to move to the next phase with, because all of them go hand in hand.

Money loses value really fast, especially when left in form of Cash. Inflation is an economic factor that steals from you without you even noticing it.

If you still earn the same amount of money you were earning 1year ago, your money can no longer afford what it could a year ago.

Therefore, you have a responsibility to put your money In platforms and investments that preserve the value of the money against inflation.

These investments may not necessarily multiply the money, however they will preserve its value against economic factors.

If you don’t learn how to multiply your money while you sleep, you will work till you die!

You must learn the art of diversifying your wealth, your money in different asset classes with the intention to multiply the money you have accumulated and/or preserved.

This is your only ticket out of a lifetime of continuous struggle and hardwork.

This is what proves that all you ever did in steps 1-5 were worth it. This is how a wealth legacy is preserved.

Note this carefully; Wealth Transfer is not the transfer of Money, Houses, Properties and other tangibles.

Anyone who acquired all these and hands them over to an unprepared heir has just wasted a lifetime.

Wealth transfer is the transfer of the Wealth Discipline not the cash and properties.

This is why you have people who were wealthy in their lifetime but have extremely broke and poor children today because all they have their children were the properties without the requisite knowledge.

Therefore, if you’re serious about wealth transfer, then you must begin early to prepare your heir with the discipline of wealth creation, otherwise everything you’ve built will be a waste!

So, with the above explanations, it should become clearer to you why it seems you’re simply living on a merry go round, just acquiring and consuming without any significant plans towards multiplication or transfer of wealth to the next generation coming after you.

Anyone can become wealthy, if you learn and practice the discipline of wealth. To make the journey shorter, get a MENTOR from whom you will learn and with whom you will work with the intention of mastering the principles of a WEALTHY LIFE.