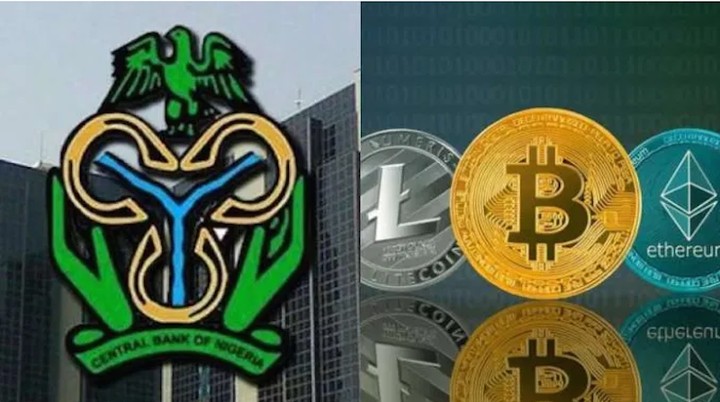 How FBI Warned FG, CBN On Scammers Using Cryptocurrencies To Defraud The West 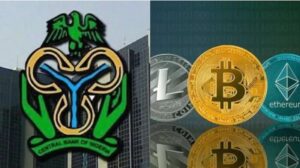 •Nigeria surged to second highest crypto destination in the world raking $200 to $300million a week without underlining economic activity, alarming the CBN

•FG alarmed kidnappers had switched to bitcoin for ransom payments

More facts have emerged on why the Central Bank of Nigeria (CBN) decided to ban cryptocurrency trading in the country.

Investigations by THISDAY have revealed that, the federal government and the CBN were warned by the United States’ Federal Bureau of Investigation, (FBI), on the activities of fraudsters using cryptocurrencies to bringing into the country hundreds of millions of US Dollars illegally obtained from the USA and other Western economies.

This was said to have particularly targeted COVID-19 stimulus packages designed to cushion the impact of lockdown measures on businesses and working families in these countries.

In an interview at a Reuters online event last week Wednesday, President of the European Central Bank, Christine Lagarde said of bitcoin: “It’s a highly speculative asset that has led to some reprehensible activity, including money laundering, and any loopholes need to be closed.

There has to be regulation. This has to be applied and agreed upon at a global level because if there is an escape that escape will be used; she said.

According to THISDAY investigation, “FBI had discovered that fraudulent Nigerians, popularly known as yahoo boys, took control of large chunks of money released as stimulus in the wake of the devastating effects of the COVID-19, which has put many Americans out of jobs.”

In order to avoid detection, these fraudsters had been sending millions of dollars to Nigeria through cryptocurrencies. This made it difficult for the authorities in both Nigeria and the US to trace the illicit monies.

However, before these funds were used to destabilise the Nigerian economy, the CBN had to wield the big stick.

In the last six months, Nigeria is said to have become the second country in the world with the biggest cryptocurrency transactions.

According to highly placed sources within the presidency, “These fraudsters remitted between $200 and $300 million to Nigeria every week, using cryptocurrencies.

The Central Bank and the federal government were clearly alarmed by this development and had to act fast before irreparable damage is done to the economy.” Even more disturbing was that intelligence reports indicated that kidnappers had switched to bitcoin for ransom payments, making it increasingly difficult to trace.

To make matters worse, investigations by FBI showed Nigeria did not have the underlining economic base to justify the massive flow of funds on a weekly basis. To compound the issue, was how the inflows were being routed leaving investigators puzzled and perplexed by the elaborated complicated channels in the digital money world of anonymity.

A cryptocurrency (or crypto) is a digital unregulated currency that could be used to buy goods and services, but uses an online ledger with strong cryptography to secure online transactions.

Much of the interest in the currency, not backed by any government, is to trade for profit, with speculators at times driving prices skyward.

But the CBN had, at the weekend, directed banks and other financial institutions to immediately close any accounts dealing in cryptocurrency or facilitating payment for cryptocurrency exchange, with immediate effect.

The banking regulatory authorities directed banks to expose any individual and entity running such accounts, warning that failure to adhere to the directives would attract strict sanctions.

The Director of Banking Supervision, Bello Hassan, and the Director of Payments System Management Department, Musa Jimoh, signed the circular.

“Further to earlier regulatory directives on the subject, the Bank hereby wishes to remind regulated institutions that dealing in cryptocurrencies or facilitating payments for cryptocurrency exchanges is prohibited.

“Accordingly, all DMBs, NBFIs and OFIs are directed to identify persons and/or entities transacting in or operating cryptocurrency exchanges within their systems and ensure that such accounts are closed immediately.

Please note that breaches of this directive will attract severe regulatory sanctions. This letter is with immediate effect,” it stated.

However, the CBN directive had immediately drawn heavy criticisms from the Nigerian public, with a former Vice President, Alhaji Atiku Abubakar, advising the apex bank to reverse the decision, arguing that the country couldn’t close her economy at this time

See Also:  US Donates Equipment Worth $325,000 To Nigerian Police Force

In a statement personally signed, Atiku said the number one challenge facing Nigeria was youth unemployment, explaining that it was not just a challenge, but also an emergency, because it affected the economy, and exacerbating insecurity in the nation.

Speaking against the backdrop of the decision of the CBN to ban and restrict banks transactions in the cryptocurrencies, Atiku said,

“What Nigeria needs now, perhaps more than ever, are jobs and an opening up of our economy especially, after today’s report by the National Bureau of Statistics indicated that foreign capital inflow into Nigeria is at a four year low, having plummeted from $23.9 billion in 2019, to just $9.68 billion in 2020.”

He said already, the nation had suffered severe economic losses from the border closure, and the effects of the #COVID19 pandemic.

Accordingly, he explained, “This is definitely the wrong time to introduce policies that will restrict the inflow of capital into Nigeria, and I urge that the policy to prohibit the dealing and transaction of cryptocurrencies be revisited.

“It is possible to regulate the sub-sector and prevent any abuse that may be inimical to national security. That may be a better option, than an outright shutdown.

“There is already immense economic pressure on our youths. It must be the job of the government, therefore, to reduce that pressure, rather than adding to it.

“We must create jobs in Nigeria. We must expand the economy. We must remove every impediment towards investments. We owe the Nigerian people that much,” Atiku stated.