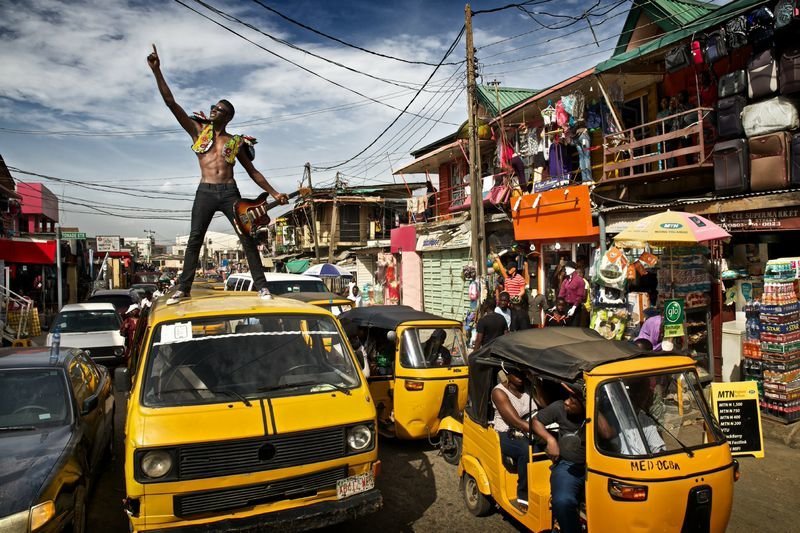 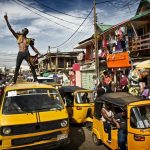 There is a spirit in Lagos that frightens adversity. It provokes the mind into ingenious inventions and strange callings. Lagos is no man’s land because it is a land of spirits in hurry to make it. On my first visit to Lagos, I was confronted by a crowd of people who constitute a work force too determined to be ignored. The air smelled money, dust and more money. The set of Nigerians I met at Volks bus stop looked like they did not care who ruled America as they hopped in and out of buses, which looked like an assembly of all that is hard and uncomfortable. Then they begin the process of gathering their lives in a cellophane bag- toothpaste, tissue, nameless soaps and lotions at street shops and rash-covered hawkers of skin solutions. I saw that the Lagos person does not see the seller but the goods and services at the seller’s disposal. How else can you explain a toothless man selling minty toothpastes and extra hard toothbrushes? But then those are natural needs, hence I expected a market for these things.

Lagos is a bustling city of hope. A hope so hopeful it is even dangerous to try to stop it. As with busy cities, traffic is inevitable. But nothing is as magical as Lagos traffic. It can trap you into a cocoon of ill luck, especially when you meet well-trained danfo drivers.

The Lagos experience follows one to the grave: The thoughtless recklessness and unrivalled ambition.

It is a centre of everything, maybe not excellence. Many businesses would have died a natural death if not for the fertility treatments of Lagos ingenuity. One day, I was stuck in traffic when a group of shirtless boys came running around the road. I was deeply worried, for I had heard about ‘Yoruba demons’. I was told by a kind passenger that those boys were in fact, hustlers. They were human motorcycle jackers. They carry motorcycles from a side of the road blocked by traffic to a free side. For a fee, of course!

The trend in Lagos is the spontaneous. The unexpected is business.

Transportation in Lagos State is tight. It makes you buy a house just to urinate when you could have urinated just right outside a house. One might have to go round two suburbs to get to a certain place. Call it waste of resources. The danfo drivers call it business opportunity.

The food vendors are not left out in the geographical advantage. Lagos is one of the busiest places in the world. This means that the town has a lot of mouths to feed. More people means more money.

I was at the market one afternoon waiting to decide on which cereal to buy when a group of fat women trudged in. They began requesting for sacks of rice and semovita and some other food items. I began to think that they ran a restaurant business. They even compared which semovita had more starch and bought dozens of them.

Perhaps the tailors are the luckiest people in Lagos. That’s because there are so many parties. When the Owambe crooners run out of reasons to block roads with magnificent canopies and noisy bands, they begin to celebrate anniversaries for the dead. They wear colourful clothes, which I have started to see as a safety measure. You know when……

Download The January 2018 Edition of The Entrepreneur Africa for FREE, on this website, to complete this read.