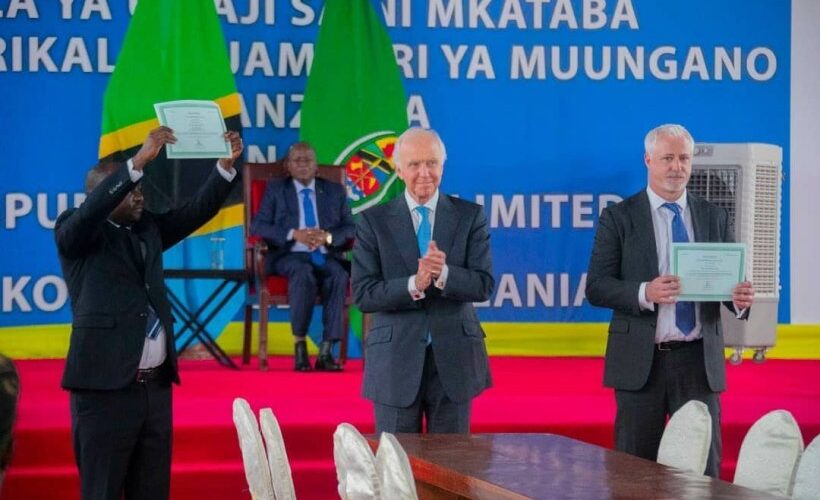 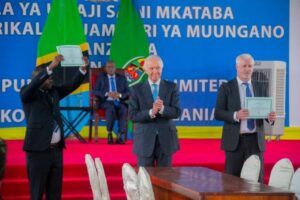 “We have developed and funded mining and refining projects in African countries including South Africa, Zimbabwe, Ghana and Mauritania as well as in other continents such as Europe, Australia, South America and North America,” he said.

He said funding is in place for the Tanzania project and assured that the firm will not let down the government. He said the company was in Tanzania for business for the long term, and will contribute in developing the mining sector to uplift the livelihood of local people.

According to him, the signing of the framework agreement that establishes Tembo Nickel partnership for development of Kabanga Mine and refining of copper cobalt and nickel is a historical milestone in Tanzania and East Africa.

See Also:  A new startup luxury airline is launching flights next month with a private jet-like plane — here's a closer look at Aero

He noted that the partnership through Tembo Nickel Corporation was on equitable terms that takes the interests of all partners. Nickel mining, said the official, will add value to the mineral development in the country.

The Project aims to develop the country’s vision of adding value to all minerals and to expand refineries beyond Kabanga that will make Tanzania a regional processing hub for East and central Africa.” The planned smelter will be a multimetal refinery facility.

“The key to fully unlocking Kabanga is the hydro refinery technology to be deployed in Tanzania,” he said.
Speaking at the signing ceremony, foreign minister Prof Palamagamba Kabudi hailed the successful completion of talks leading to the signing of several contracts.

Prof Kabudi named the them as; ‘Memorandum of Preliminary Undertakings’, ‘Frame Work Agreement between the Government and L.Z Nickel Ltd, ‘Equitable Sharing of Profit’, ‘Shareholders’ Agreement in the Tembo Nickel Corporation Limited’ and the ‘Management and Administrative Service Agreement.”

The minister said both the government negotiation team and the UK firm have agreed on other important aspects of the huge project which allows for a smooth rollout. Prof Kabudi said the project will have significant socio-economic impact.