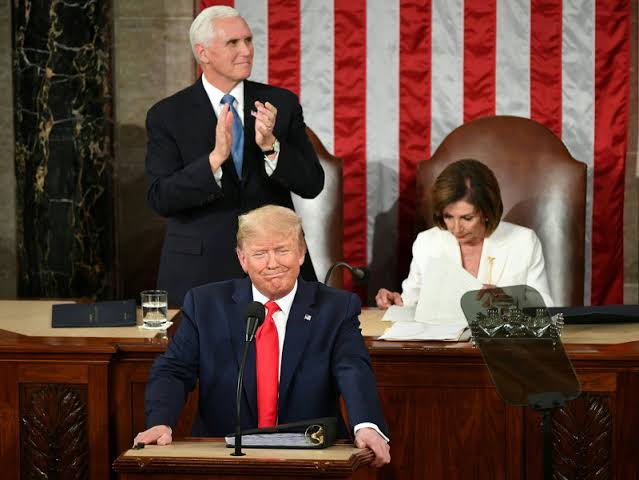 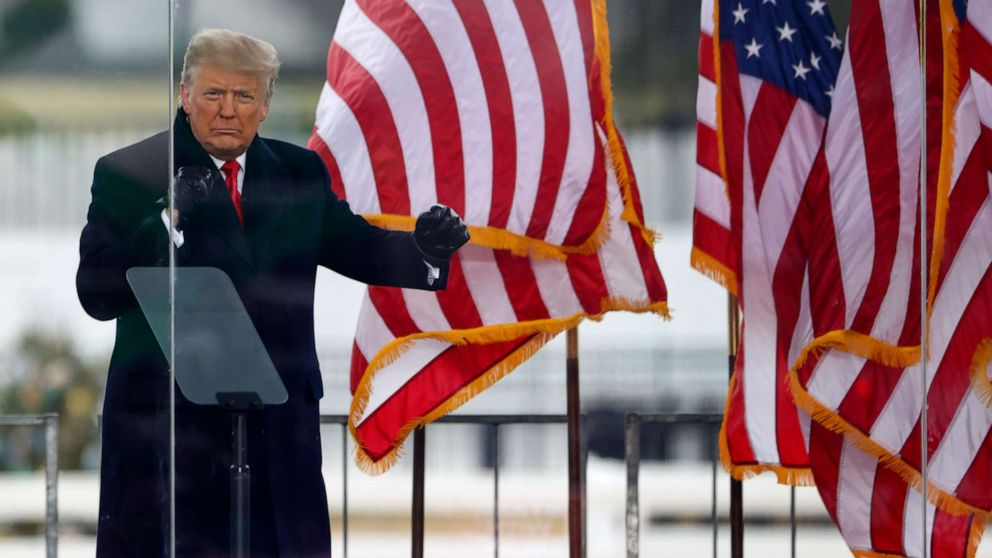 Legislators gather in the exact chamber where security forces defended the House of Representatives against an angry mob, one week later to impeach the president that the mob supported.

It marked the first time in the 231-year history of the United States that a president has been impeached twice in his term. For a president who likes to boast about the historic successes of his presidency, it is an ignominious ending to his time in office.

The single article of impeachment accuses the president of inciting the riot that broke out at the US Capitol after he spoke to a crowd of thousands at a pro-Trump rally near the White House on Wednesday morning. It will now be forwarded to the US Senate, where the 100-member body will once again sit as a jury presided over by the chief justice of the US Supreme Court.

The outcome of that trial, which will not begin until after Joe Biden’s inauguration, is very much in doubt. At this point, however, the political implications for the House’s action can begin to be assessed.

Republicans broke ranks with the president

Just over a year ago, the House of Representatives impeached Trump the first time without a single Republican vote. This time around, 10 members of his own party broke ranks to support the resolution – and more condemned his words and actions on the day of the capitol riot.

Liz Cheney, the third-ranking Republican in the chamber and the daughter of former Vice-President Dick Cheney, was the most notable defection.

“There has never been a greater betrayal by a president of the United States of his office and his oath to the Constitution,” she wrote in a statement that was frequently quoted by Democrats during the impeachment debate.

See Also:  Joe Biden sworn-in as the 46th President of the United States

Already there is word that some Republicans in the Senate are open to voting to convict the president of the charges. The New York Times reported on Tuesday night that Majority Leader Mitch McConnell was “pleased” that Trump was on the verge of being impeached and hoped that the process would allow the party to make a clean break with a president.

He has since said he will reserve judgement until the trial is concluded – but such reports from the senator’s usually tight-lipped office do not materialise out of thin air. Battle lines within the party, even tentative ones, are being drawn.

The split in the House on Wednesday sets up a choice for Republicans in the days ahead. On one hand is continued allegiance to the president’s brand of politics – one that created a new coalition of voters that delivered the White House and Congress in 2016, but lost both in 2020.

On the other is an uncertain future – but one free from the president’s unique brand of heat and rhetoric.

In the hours after last week’s riot, Democrats grappled with how best to respond to – and punish – the president for instigating an attack that, in their view, not only threatened US democracy but also put their lives at risk.

In the end, they decided making Trump a twice-impeached president, despite coming in the final week of his presidency, was their most effective move.

Democrats on Wednesday were not just impeaching Donald J Trump, however. They were indicting Trumpism as a whole. The impeachment article specifically referenced the months that Trump spent attacking and undermining November’s general election. And during debate in the House of Representatives, they attacked Trump’s behaviour over the course of his presidency and went after Republicans in Congress who echoed the president’s rhetoric.

There may be Republicans who want to move on from Trump and Trumpism, but it’s clear at least some Democrats in Congress will try to tie the president – and last week’s riot – around the neck of the entire Republican Party.

President Trump is down – but not yet out

Imagine, for a moment, an alternate course of history over the past few months.

Donald Trump, instead of vociferously challenging his election defeat, quietly conceded in November. The Republicans would probably have won at least one of the run-off elections in Georgia and would still control the Senate. Trump, instead of facing a very real threat from Republicans eager to bury him, would be a kingmaker for the party.

Another presidential run in 2024 would be a very real possibility.

Instead, Trump is on the ropes. He’s been silenced from social media, including his beloved Twitter account. Even if he is not prohibited from running for office by a Senate conviction, his power and influence within the Republican Party has been dented.

Public opinion polling, as well as his vocal defenders in the House of Representatives on Wednesday, suggest the president still has a significant well of support within his party. But the past weeks will embolden his adversaries, who sense an opportunity to deliver a lasting knockout to the president while he’s down.

He’s at greater risk now than ever before.

For five years, Trump has been proving critics and prognosticators who penned his political epitaph wrong. He’s survived scandals and controversies that would take down most other politicians.

This time, at long last, could be different.

A Senate trial is awkward for Biden

Upon taking the oath of office, President-elect Biden will have to contend with a pandemic that is claiming the lives of more than 4,000 Americans a day and an economy that is once again worsening. Now he’ll have to do so while a Senate grapples with the impeachment trial of his predecessor.

Republicans warned on Wednesday that impeachment would further inflame and divide Americans at a time when the nation needs to heal. It would, they say, make Biden’s promise to unify the nation all the harder.

That may end up being the case, although Democrats have been quick to counter that talk of healing rings hollow after Republicans waged a lengthy campaign to undermine the legitimacy of Biden’s election.

The impeachment trial, however, presents some very real practical challenges for Biden in the early days of his presidency. A Senate preoccupied with the process of passing judgement on Trump is one that will be unable to focus on enacting Biden’s ambitious first-100-day agenda. It is also one that may not be able to quickly confirm Biden’s administration appointees, limiting his ability to successfully manage the sprawling apparatus of the federal government.

Biden has asked whether the Senate could conduct a part-time trial of Trump, working on confirmations and legislation when it is not sitting as a jury for the ex-president.

There’s no guarantees that Republicans or the nonpartisan Senate parliamentarian will go along with that plan, however.

The first 100 days are a pivotal time for any new president – a moment when his or her political influence is at its highest. At least some of Biden’s power will be drained away by this particular fight.