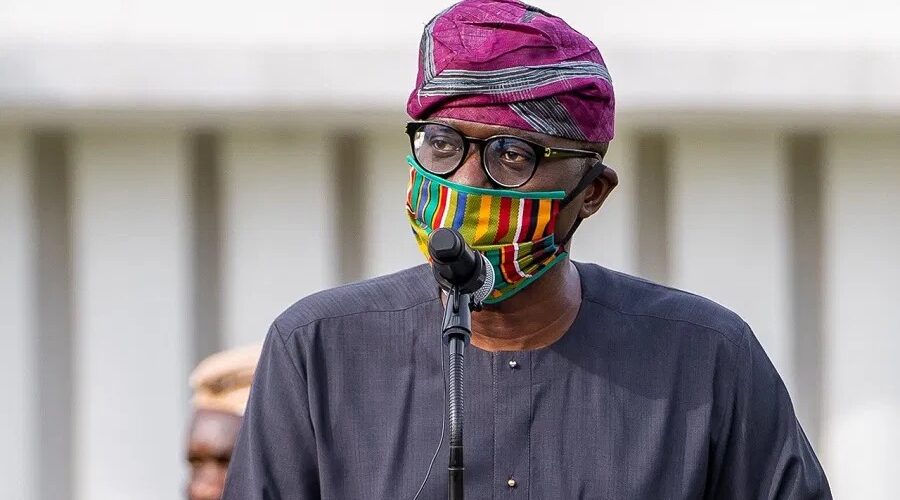 Governor Sanwo-Olu has lamented the rising second wave of the pandemic in Lagos as the demand for oxygen increases by 5 times. 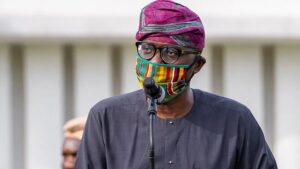 The Governor also urged that all malaria-like symptoms should henceforth be considered as COVID-19 virus infection unless and until proven not to be so.
This was disclosed in a statement released by the Lagos State Government on Tuesday.

“Over the last few weeks, the demands for oxygen has risen from 70 six-litre cylinders per day to 350 six-litre cylinders in our Yaba Mainland Hospital. This is projected to more than double to 750 six-cylinders, before the end of January 2021,” the Governor said.
He added that the State Government has decentralized provision of oxygen and other services needed for Covid-19 patients, citing provision of oxygen kiosks.

“ln addition to providing oxygen at our isolation centres, the Lagos State Government has decentralized the availability of oxygen across the State through the provision of 10 oxygen and sampling kiosks. Oxygen therapy and other related services will be provided to patients that require them.

“Five of these 10 oxygen centers have been commissioned while the remaining five will be ready for use within the next four weeks. It is our expectation that these sampling kiosks would be easily accessible to residents that require oxygen therapy at the level of LGAs as stabilization points prior to onward transmission to our Isolation centres, if required.

“This strategy is to further increase the fighting chance of Lagos residents that have contracted the virus and require immediate oxygen therapy,” he stated.

The Governor said that Lagos is closely monitoring plans by the FG to acquire vaccines and said the State has also resumed discussion with potential manufacturers. He also said the State is building its own regulatory framework for vaccine distribution.

“We are closely monitoring ongoing action by the Federal Government to procure COVID-19 vaccines for use in Nigeria. We have also opened discussions with vaccine manufacturers so that when the vaccine comes eventually we can ensure that Lagosians are catered for.

“In the meantime, we are developing a strategy that will articulate the criteria, guidelines and regulatory framework for providing and monitoring vaccinations in Lagos.

“The Lagos State Government is actively partnering with the private sector in the management of the COVID-19 pandemic, in the areas of testing, oxygen deployment, as well as the clinical management of moderate to severe cases. These partnerships have helped enhance the State’s response to the ever-changing circumstances of the pandemic,”Sanwo-Olu added.

What you should know
• The Lagos State Government earlier disclosed that its bed occupancy levels at its public and private COVID-19 care centres increased to 51 per cent.

• The Federal Government also alerted Nigerians that hospitals across the country are running out of facilities to handle more serious cases of coronavirus infections as the virus is spreading fast with mild symptoms in some victims and severe illnesses and death in others.