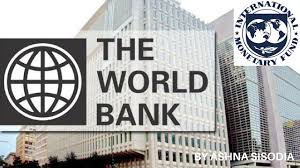 The economic growth forecast for Nigeria and other sub-Saharan Africa countries for this year is now 2.7% as against an earlier forecast of 3.1% in April this year, according to the World Bank.

The Bank cited slower-than-expected growth in the continent’s bigger economies such as that of Nigeria, Angola and South Africa as the reason for the decline.

It would be recalled that prior to 2015, the region had posted a fairly fast average growth rate until commodity prices crashed in 2015-2016, which then affected the region’s growth.

In April this year, there was a prediction by the Apex Bank that recovery would gather pace with an expected average growth of 3.1%, up from 2.3% the previous year.

Albert Zeufack, The World Bank’s Chief Economist for Africa, urged governments in Africa to stop wastage and guarantee the region’s economic recovery by boosting productivity.   He further advised policy makers in Africa to equip themselves to manage new risks arising from changes in the composition of capital flows and debt.

See Also:  Online vs Offline Store: Who is winning the Retail Battle?
hot.featured