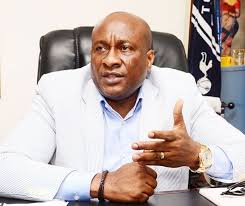 Allen Onyema on a winning streak 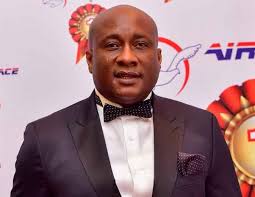 The success story of Barrister Allen Onyema, the head honcho of Nigeria’s leading aviation firm, Air Peace, can be likened to that of the biblical David, the man after God’s heart.

He is highly favoured by God that everything he touches turns into gold. His success story teaches that doggedness, tenacity, hope, and prayers are strong virtues that will help a man succeed in life. If you are wondering how he was able to tower high far above his competitors in the aviation industry within a short while, he did not just attain his current status by luck, but with sheer dint of hard work.

Since his formative years, he has always wanted to be an employer of labour. Despite being a trained lawyer, graduating with fine grades from the University of Ibadan, providence granted his heart desires when he founded Air Peace in 2013, with just seven aircraft named after his wife and kids, blessing him with a workforce of over 3,000 direct and indirect staff.

The highly cerebral astute businessman, further registered his presence as the nation’s pride during the Xenophobic attack when he volunteered to bear the cost of repatriating hundreds of stranded Nigerians in South Africa in early September 2019. With the kind gesture rendered to hundreds of Nigerians, Onyema was regarded as a ‘National Hero’ with a large heart and was also honoured by the lower National Assembly. In late 2019, an allegation of fraud by the United State Government was threatening to tear him apart but his antecedents came calling as Nigerian’s stood by him in solidarity while he maintained his innocence.

Last year, during the heat of the Covid-19 pandemic, when many airlines were downsizing and throwing wage cuts at their staffs, Onyema showed his wizardry by carving out possible means to maintain his workforce and stay afloat in business. Onyema also kept increasing his fleet as he took delivery of a new 50-seater Embraer 145 jet, with two more brand new jets to be added before March 2021.

The Anambra state born father of four is in the quest to make Nigeria soar higher in aviation, extending his flight route outside the coast of Africa, most especially, after it completed a historic 11hours non-stop charter flight from Nigeria to the Caribbean Island Nation of Jamaica with 132 passengers on-board.