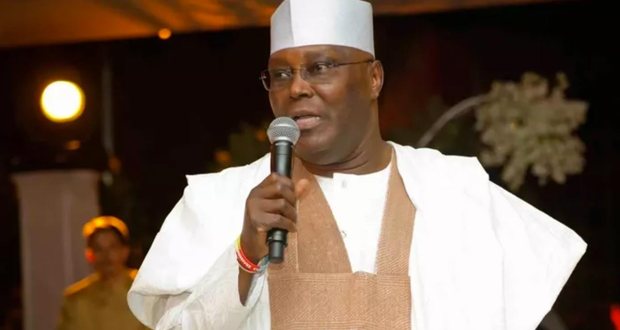 I started business as a Transporter, Atiku Abubakar reveals

Former Vice President of Nigeria Atiku Abubakar for the first time said he started business as a transporter in 1971, while he was in the full employment of the Nigerian Customs, working at Idi-Iroko border.

The former Vice President made the fresh revelation after receiving the Honourary Achiever Award, at the Africa’s Youth Entrepreneurs Conference and Award titled “A Stand With the Giants”, at InterContinental Hotel in Lagos on Thursday night.

Atiku dedicated his award as Honourary African Outstanding entrepreneur to Nigerian youths, and urged the youth to have more drive towards entrepreneurship.

“I came to Lagos on June 29, 1969 and after my two years training (with the Nigeria Customs Service); I was posted to the border station of Idi-Iroko. At that time, the Badagry Road had not been constructed and the only means of transportation to the rest of the West African corridor was through the Idi-Iroko border to what used to be called Dahomey and what is now known as Benin Republic.

“On getting to Idi-Iroko, my first posting, I was not married and what I discovered was that the most promising business was transportation. Many pickup vans were transporting women traders from Ajase (Port Novo) to Lagos every morning, and every evening from Lagos back to Port Novo.

“So I asked myself, how I can seize the opportunity of this moving business. I came over to Lagos and in those days SCOA were the sole distributors of Peugeot, so I went to SCOA and I signed a hire-purchase agreement and bought four of those pickups and gave them to four different drivers and every day they will bring their returns to me and at the end of the month, I will go to SCOA and pay them.

Atiku noted that the country’s education system in the early 1960s provided the Nigerian youths the opportunities to make diverse career choice.

According to the former Vice President, “the educational system we operated in the First Republic provided our students then the opportunity to either go to universities or go to technical colleges or to go to crafts schools. There was never a dropout in that kind of educational system. The dullest was trained on a skill and given the capital to start a business.”

Atiku Abubakar however regretted that “suddenly, Nigeria moved away from that to a system of education where you train only job seekers.