What can Africa expect from the Biden administration? 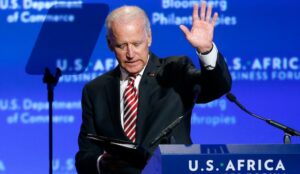 Indications are that the Biden administration plans to steer away from the Trump era’s unilateralism. While the incoming Assistant Secretary of State for African Affairs hasn’t been confirmed yet, many State Department appointments have been filled by veterans from the Obama era. Repairing alliances and boosting multilateralism seem to be on the agenda. What will be fascinating is how this will play out on the ground in Africa.

One of the first casualties of the Biden reforms could be the Trump administration’s free trade agreement with Kenya. Nairobi is reportedly concerned that the nascent deal could be dead in the water, with the Biden administration opting to focus more attention on working via the African Continental Free Trade Area. This won’t only boost multilateralism in theory, it will also bolster the East African Community’s role as a negotiator – one undercut by both the Trump administration and Kenya itself.

There are also expectations that Biden will reverse Trump’s blocking of Ngozi Okonjo-Iweala’s appointment as head of the World Trade Organization. If so, she will bring a renewed sense of focus to the beleaguered trade body. For the first time in its history, the WTO might start considering the global south. She isn’t only poised to put fair vaccine distribution on the WTO’s agenda, but could even boost the call by South Africa and India to temporarily loosen intellectual property rules to make vaccines more affordable in the global south – a fight that goes back to the HIV pandemic.

What will be fascinating is how African leaders will respond. While many will no doubt welcome a return to a more cooperative approach, the current events in Uganda are only one indication that a Washington refocused on promoting democracy faces tough challenges on the continent.

Finally, Voice of America pointed out that, of Biden’s eleven confirmed State Department appointees, five are either people of colour or LGBTQ+. If the Biden administration returns to the Obama administration’s support for LGBTQ+ civil rights in the global south, I’m willing to (grimly) wager that we’re in for confirmation of what I’ve always suspected: that a lesser-examined vector of China-Africa solidarity is shared homophobia. But whatever happens, I’m on the couch with my popcorn, ready to watch.