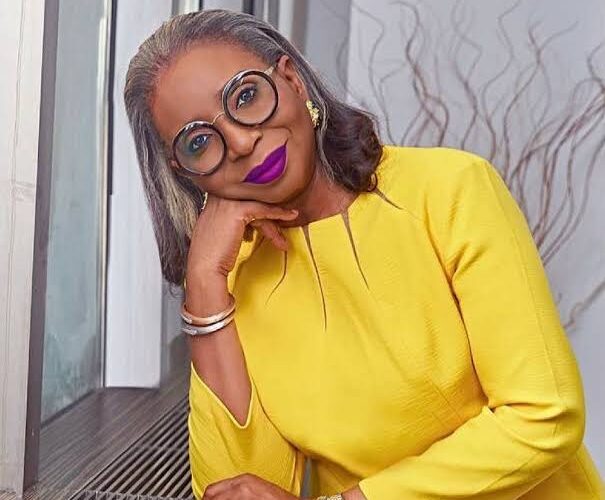 Ibukun Awosika: The journey from chemistry lab to board meetings of First Bank of Nigeria 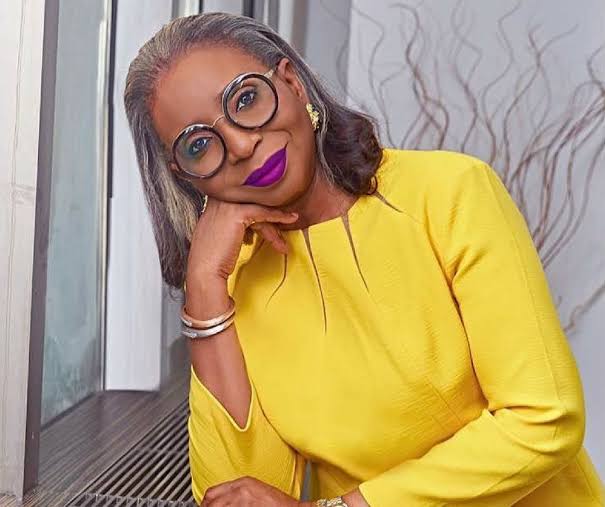 Ibukun Awosika is widely known as the Chairman of First Bank of Nigeria – a remarkable feat for a woman in the corporate world, even by 21st century standards.

A versatile woman, she is different things to different people – Businesswoman, Author, Founder, Corporate executive, Actor, amongst others, but became popular to the millennials during the Dragon’s Den programme in 2008 and recently in her stellar role in the 2020 movie Citation.

She was the only woman amongst five Nigerian entrepreneurs to feature in the first African version of Dragon’s Den, where entrepreneurs pitch their business ideas in the hope of getting investment finance. She also hosts a T.V programme called Business His Way.

Bilkisu Abiodun Motunrayo Omobolanle Adekola was born on December 24, 1962, to a Nigerian father from Ibadan and a Cameroonian mother – Mr Abdulmashood Adekola and Hannah Aduke Adekola.

Ibukun said she was unsure what career path to pursue. She went from wanting to be an Architect as a child to choosing Accountancy and later Law. While studying Chemistry at Obafemi Awolowo University, she desperately tried everything to get into Law.

“Did I enjoy my university days? No, because I didn’t even like Chemistry. In-between that, I wanted to be a lawyer. I put in a lot of effort to make the Dean of Law to accept me into the Faculty of Law.

“But I have to fail chemistry for Chemistry department to release me to Law, and Law wanted me to pass with the best result in order to accept me into Law. It was all confusing. By the end of that year, I changed my mind about wanting to become a Lawyer.

“I decided to be an Accountant. So, I started taking a lot of electives in the department of Accounting from Part Two to Part Four,” she recounted.

After graduation, she served out the mandatory one-year National Youth Service Corps service at Akintola Williams & Co. (now Deloitte) as an Audit Trainee, in the hopes of taking an accounting examination later and going to work in a bank.

However, this one year was enough to show Ibukun that though she loved figures, she hated the idea of moving from one company to the other going through old dusty files.

She said, “I didn’t need anybody to tell me this. I was too restless to just keep following certain procedures that are laid down. I was so restless and I needed to be able to express myself, as there was no room in the Auditing process to do that.

“At the end of my service year, even though they offered me permanent employment, I turned it down.”

She then returned home and took up a job as Showroom Manager with Alibert Nigeria Ltd, a Lebanese-owned furniture company. Ibukun only lasted three and a half months with the company.

In that short time, she rediscovered her love for architecture, and came up with amazing ideas of how she could design and create furniture to play around with space.

Still in her 20s, Ibukun took a brave leap to establish a furniture manufacturing company called Quebees Limited, to give her room for expression.

Quebees is a company Ibukun is particularly proud of, especially for the quality of products the company provides its customers.

“I love to walk into your home and say, ‘I sold this chair to you 10 years ago’ and my clients affirm that it is still functional. The CEO of Stanbic IBTC Holding Company, Sola David-Borha, once told me that a sofa I made for her in my first two years in business was still in her possession.

“The sofa is about 26 years old. So, when we celebrated our 25th anniversary, we went to shoot the sofa in her home, because we were documenting some of our products.”

Ibukun recalls that as a young girl in her twenties and with no business experience, no bank was willing to loan her money, and she got frustrated because of inadequate machinery to meet the needs of clients.

With some support from her parents and others who believed in what she was doing, she raised sufficient money to buy used machines from some furniture companies, which were shutting down at the time.

From scratch, Awosika built the company around her personal values and virtues, refusing to cut corners to make quick money because she wanted to create a business that would outlive her.

“I am consumed by the fact that I want my business to survive when I am gone, otherwise I would have wasted my life. I started business in my twenties, so why would I work so hard for so many years and not build a legacy?” she asks.

While delivering an address as a Guest Lecturer at the Second Convocation Ceremony of the Entrepreneurship Development Centre, Lagos, she recalled the challenging early days when Quebees had to prove its worth to the market.

The company had made a set of furniture for one of its early clients – Texaco Nigeria, and two weeks after delivering the goods, they were broken due to a failed warranty from a Lebanese company, where the base of the chairs was purchased.

“For a company of our size, it was a big loss. We could abandon the customer and move on. But my name is more important than even money. I chose to maintain our integrity and retain our credibility.

“We replaced them. It was a killer. But I realised that we stood to benefit more if we do the right things at all times. That job produced many other jobs,” she said.

Mrs Awosika gets most of her business ideas when she is on a flight, as this is the time she re-evaluates and takes a lot of critical decisions. “I know my strength and I can see or smell an opportunity 10 miles ahead. I am innately proactive and also an ideas machine,” she said.

See Also:  Like The Internet Did In The 90's, Blockchain Will Take Over The World Economies — Hakeem Disu

Other interests, awards, and recognition

She is the author of The “Girl” Entrepreneurs and Business His Way. Both books are part of her efforts to build an army of strong-minded moguls, particularly in Africa.

She is a regular speaker at the After School Graduate Development Centre, a career centre she co-founded in 2011 to check the high rate of unemployment in Nigeria.

Recently, she received the Forbes Woman Africa Chairperson Award in the Africa Forbes Woman Awards 2020. But she is not new to awards and recognition.

She is a fellow of the African Leadership Initiative and Aspen Global Leadership Network, a member of the Nigerian Economic Summit Group, member of the board of Nigerian Sovereign Wealth Fund and co-founder and former Chairperson, Board of Trustees of Women in Management, Business and Public Service (WIMBIZ).

She is also a member of IESE’s International Advisory Board and sits on the board of Digital Jewel Limited and Cadbury Nig. Plc, Convention on Business Integrity and the Nigerian Sovereign Investment Authority.

She was Chairman, FBN Life Assurance Limited, FBN Capital Limited, and Kakawa Discount House Limited. She also served on the board of the Nigerian Sovereign Investment Authority, as well as the National Job Creation Committee (NJCC).

On September 7, 2015, Ibukun became the first woman to be appointed Chairman of First Bank of Nigeria, following the resignation of Prince Ajibola Afonja.