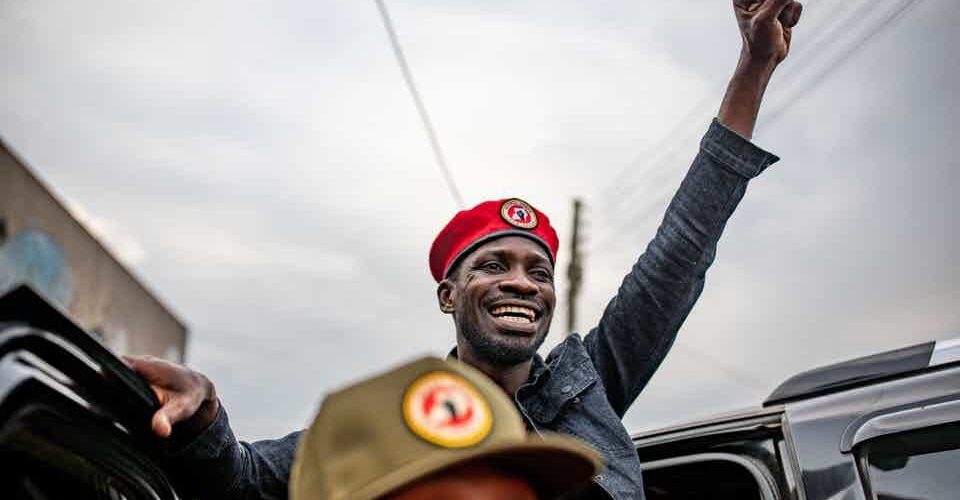 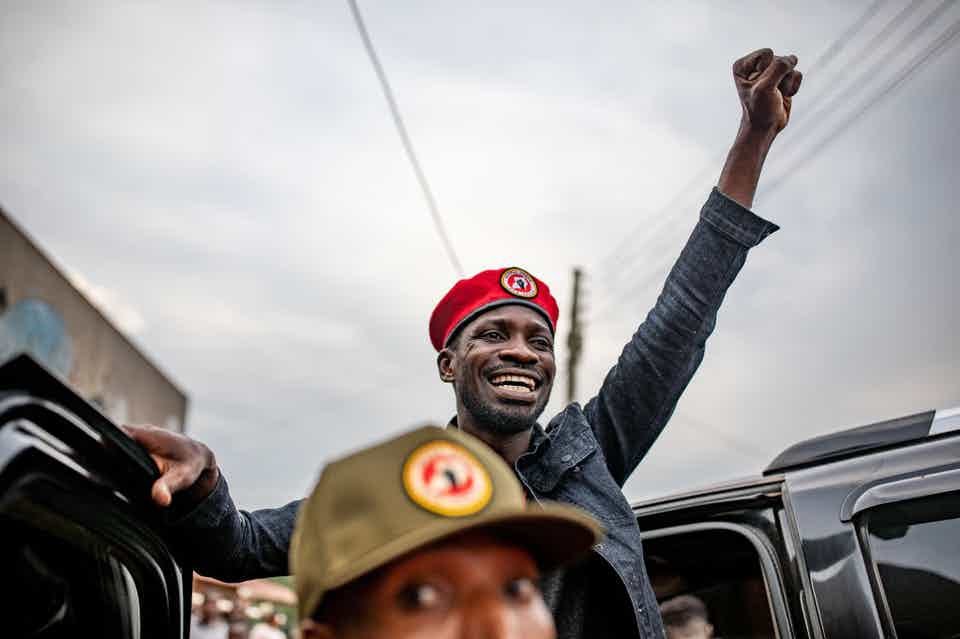 However, Ugandans decide to vote in the January 14 presidential elections, the incumbent Yoweri Museveni will most likely emerge as winner. Museveni has ruled the country for five consecutive terms. He has historically been able to manipulate elections in his favour, because he controls Uganda’s military, judiciary, and Electoral Commission with an iron fist.

Throughout this electoral campaign, however, the long-standing Ugandan president has been upstaged by a formidable young challenger: popular musician-turned-parliamentarian Robert Kyagulanyi, aka Bobi Wine. Since being elected as a Member of Parliament in 2017, the 38-year-old leader of the National Unity Platform has become the new face of Uganda’s opposition.

There are four things worth knowing about Bobi Wine and Uganda’s politics.

Bobi Wine has repeatedly been underestimated by government supporters and critics since he first ran for parliament. He was forced to run as an independent after the two major opposition parties, the Forum for Democratic Change and the Democratic Party, turned him away.

He nevertheless easily won the by-election in the Kyandondo East constituency within Kampala with 78% of the vote. Since then, he has proved himself to be a skilled politician who has successfully built a strong political movement – from scratch.

Within his first two years in office, he forged a reputation as a principled and fearless opponent of Museveni’s policies. He was a leading voice against the president’s ultimately successful effort to remove presidential age limits from the constitution. He also led protests against the government’s proposed tax on social media in July 2018.

Over the course of that same year, he endorsed opposition candidates who went on to win four consecutive parliamentary by-elections.

By 2018, he had created a political pressure group called People Power, Our Power. When the government blocked its registration as a formal political party, Bobi Wine out manoeuvred the Electoral Commission by aligning himself with a smaller, pre-existing one, which he re-christened as the National Unity Platform. Almost immediately more than 20 MPs left more established opposition parties to join his party.

A target of unprecedented state repression

Bobi Wine has been a regular target of state repression.

The Museveni regime responded to his early successes by repeatedly blocking him from holding concerts and banning the public from wearing People Power’s trademark red berets.

Since being elected, Bobi Wine has been arrested countless times. He has never been convicted on any of the charges. Some of his movement’s members and supporters have been killed, sometimes in suspicious circumstances.

Many have been arrested. Perhaps most notoriously, in August 2018, as he campaigned for a fellow independent candidate in a by-election in Arua in northwestern Uganda, Bobi Wine and at least 35 of his political associates were arrested following dubious reports that Museveni’s motorcade had been stoned. That same night the opposition leader’s driver, Yasin Kawuma, was murdered with a bullet that Bobi Wine believes was intended for him.

In the aftermath of these arrests, the Kyadondo East MP was charged with treason and possession of illegal firearms. Over his next ten days in custody, he was beaten so brutally by government security forces that he could not stand, sit or walk. He eventually sought treatment for his injuries in the US.

International outrage at this incident has not stopped the Museveni regime from escalating its tactics of repression during this election cycle.

The arrests have continued unabated throughout the current campaign. In addition, campaign rallies have been restricted and the government has met opposition supporters with deadly force on multiple occasions. Most tragically, following Bobi Wine’s arrest in mid-November, nationwide protests erupted during which state security forces killed  at least 54 people.

In response to these abuses, in early January, Bobi Wine and two other co-claimants filed a 47-page complaint to the International Criminal Court against Museveni and nine of his regime’s security officials, accusing them of gross human rights violations dating back to 2018.

Uganda’s changing demographics have a great deal to do with Bobi Wine’s electoral appeal. The East African country of 46.5 million people has one of the world’s youngest populations, with a median age of 16.7. Just over one in five Ugandans are between the ages of 15 and 24 and 77% of the country’s population is under the age of 30.

Although these young people have benefited from reforms to public education introduced by the Museveni regime, they see little hope for the future. By some estimates, youth unemployment in Uganda is as high as 70%. Frustrated young people can, therefore, easily identify with Bobi Wine, who grew up in the Kampala ghetto of Kamwokya. Like him, they have only known life under Museveni. He was not even four when Museveni first came to power in 1986.

Bobi Wine has skilfully appealed to this demographic. He frames his political movement in generational terms: the “Facebook generation”, which he represents against the “entrenched interests of the ‘Facelift generation’” of the Museveni regime. He has been able to speak to – and articulate – the deep sense of anger and grievance that young Ugandans feel towards the Museveni regime. In so doing, Uganda’s “Ghetto President” has come to be the face and voice of young people’s collective desire for generational political change.

See Also:  List of Nigerian Governors who have tested positive for COVID-19

In the final weeks of the campaign, Museveni derided Bobi Wine as a populist politician. While this adjective was intended to dismiss his young adversary, there is some truth to this label. In my research, I argue that Bobi Wine’s inclusionary brand of populism has also been a key to his political success.

His use of populist rhetoric has effectively forged a new collective sense of identity among his mostly youthful supporters around the nodal point of “the people” and in antagonistic opposition to the country’s political elite .

But Bobi Wine’s brand of populism is novel because his conception of “the people” is defined not in ethno-nationalist terms (as with right-wing politicians in the US or Western Europe). Rather it’s defined largely in generational ones. This has helped him to build a burgeoning political coalition across ethno-regional lines.

If Bobi Wine’s brand of generational populism proves successful, its repercussions could be felt across Africa. It could serve as a model for opposition politicians who are operating in countries with similar demographic characteristics and facing many of the same political obstacles.