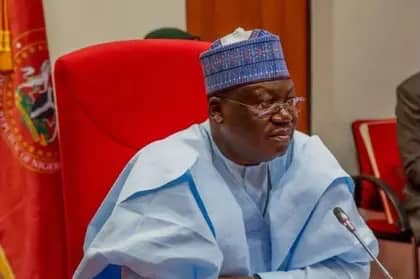 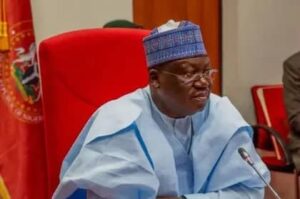 Senate President Ahmad Lawan has said that amendment to the Deep Offshore and Inland Basin Production Sharing Contracts Act has increased remittances from the sharing contracts into the federation account from $260 million to $2billion annually.

He also vowed that “demons” frustrating the passage of Petroleum Industry Bill (PIB) within the last fourteen years will be defeated this year by the 9th National Assembly.

Lawan stated this on Tuesday while speaking with journalists on his 62nd birthday celebration in Abuja.

He said the patriotic zeal used by the National Assembly in October 2019 to pass an amendment to the Deep Offshore and Inland Basin Production Sharing Contracts Act would be deployed for expeditious consideration and passage of the PIB already before it, latest by the end of first quarter of this year.

“PIB is like a demon. People both within and outside the country are ready to work against it as they have been doing for the past fourteen years but the 9th Senate and by extension, 9th National Assembly will defeat the demon with the current bill before both Chambers.

“The patriotic zeal, sheer determination and unity of purpose by all serving senators across party lines to do this latest by the end of first quarter of this year will be deployed on the bill immediately the Senate resumes on 26th of this month the way it did with Deep Offshore Oil Production Sharing Contracts,” he said.

He said Nigeria had been losing billions of Naira before the Act was amended in 2019.

“Where we were supposed to be given $2 billion every year in the last 20 years, they were giving us $260 million. But from last year, after the amendment, it is $2 billion annually,” he said.

“Those against the move in 2019 even threatened to leave the country, but the 9th National Assembly stood its ground in getting the Act amended with passage of the bill which was assented to by President Muhamnadu Buhari on a Sunday in London,” he added.

He, however, assured the various International Oil Companies (IOCs) working in Nigeria that the PIB, to be passed this year, will not run them out of business.

He said the main purpose of PIB, when passed, was to make the oil sector investment-friendly for both local and foreign investors with attendant economic gains for the country.

He also said with massive injection of public funds into the economy, Nigeria will soon get out of recession.

“The recession, we have been told by experts, will come to an end at the end of first quarter of this year.

“We have extended the implementation period of the capital budget allocation to 31st March, and that we run simultaneously with the implementation of the 2021 budget in the first quarter. So there will be massive injection of public fund into the economy, and that will bring the recession to an end,” Lawan said.

Nigeria’s GDP is expected to grow between 1.7% and 2.0% in 2021, largely predicated on increased economic activities and improving oil market conditions.

This disclosure was made in the “Nigeria Outlook 2021 – A shot at recovery” report released by United Capital.

According to the report…

“In 2021, we expect GDP growth to rebound by 1.7% to 2.0%, buoyed by increased economic activity and some improvements in the oil market. Although the reopening of the borders in Q4 2020 should ease pressures on food prices, other structural factors such as FX market illiquidity, potential increases in petrol price, etc. may keep general prices elevated. As a result, we expect the headline inflation rate to peak at around 16.0% before pulling back, if no further policy adjustment is made.

“Again, the high base effect of the headline inflation spike in Q3 and Q4 2020 should moderate further increases in price levels. In response to rising inflation and in a bid to attract FPI inflows to the market, we imagine that the CBN would begin to tighten its monetary policy stance at some point in Q2-Q3 2021.

“On the exchange rate, we expect a potential convergence of rates when the CBN begins full intervention at the I&E window. As such, we anticipate that the parallel market will appreciate from N470/$ towards the NAFEX rate which has now been adjusted to N410/$.

See Also:  Naira continues to depreciate at the NAFEX window

In 2021, the direction of the monetary policy would continue to drive the sentiments for stocks as regards the yield environment. Accordingly, our prognosis for the Nigerian stock market in 2021 is that domestic interest, fuelled by dividend expectations, is likely to sustain the market rally in Q1-2021. However, in the absence of foreign demand, we see a short-term bear market from Q2 to Q3-2021”

Other key highlights of the report

In the course of the year 2021, the monetary policies are expected to be flexed to stimulate the growth of the economy as well as assuage the subsisting harsh impacts of the COVID-19 pandemic.

The report succinctly states, “We imagine that monetary authorities will further ease or maintain policy rates at current levels till Q2 2021 to allow economies recover fully before contemplating tightening from Q3 2021.”

The GDP of Sub-Saharan Africa (SSA) is expected to rebound in 2021, though the rate of recovery shall vary from country to country. The improved exports, as well as commodity prices are expected to drive the growth, more especially as the global demand seems to be gradually recovering from the devastating impact of the pandemic.

With the second wave of COVID-19 infections and imminent lockdowns in several nations amidst limited access to vaccines, the growth projections might be threatened.

Want More Money in Retirement? Retire at One of These 3 Ages