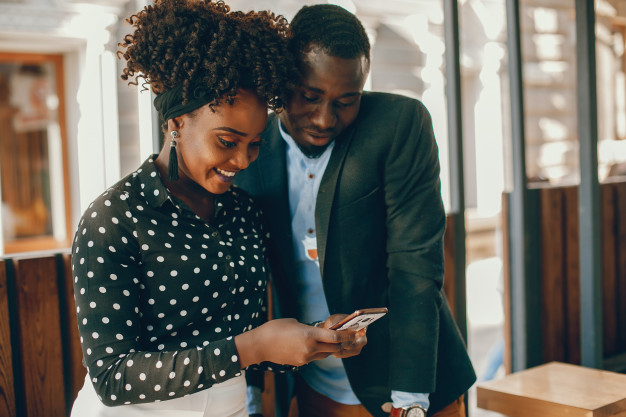 Here’s how Africa youth contribute to the African society

Technology has created an opportunity for several African youths to come up with new innovations.

Africa has been called a lot of names – dark continent, the savage, the continent of Safaris, third world, emerging market continent and more recently, Sh**hole, but it is hardly called the Continent of Youths.

According to the United Nations in 2015, Africa has 226 million youth aged 15-24 and one-fifth of the world’s youth population. This means that one out of every five youth on earth is from Africa. The African Youth population is forecasted to grow by 42% by 2030. There should be a new focus on the youth in Africa, as we examine how much they contribute currently to the continent.

One area where youth are thriving well in Africa is in the tech sector. The sector has become an interesting source of Foreign Direct Investments and in 2019 accounted for close to half a billion-dollar raked into the continent. In 2020, – the Paystack/Stripes deal brought in about 200 million dollars. The growth of technology has created an opportunity for several African youths to come up with new innovations, which are even more helpful in the current fledging economic and social climate affected by the pandemic.

There are several examples of many African youths using technology to start new ventures. Mike Endale, an Ethiopian American based in Washington, D.C, who is the principal at BLEN Corp, an information technology firm that leads the Ethiopia COVID-19 Emergency Tech Volunteer Task Team and assists Ethiopia’s Ministry of Health. During the pandemic, they have recruited over 1,700 software engineers and have even created an Africa COVID-19 response toolkit.

Temie Giwa-Tubosun, the founder of LifeBank in Nigeria, is another African youth making strides in the tech scene. Since its establishment in 2016, it helps to deliver 22,830 units of blood, according to Next Billion, to hospitals in Nigeria, which help connect donors to blood banks. Next Billion also stated that LifeBank conducts drive through COVID-19 testing and supply oxygen to health centers. The Lifebank recently expanded in East Africa. In December 20280, the US- Africa Business Center of the US Chamber in conjunction with the American Business Council Nigeria in recognition of the great impact of start-ups in the wake of the Pandemic, inaugurated a digital entrepreneurship competition.

African youths are also thriving in the entertainment sector, particularly in the music business.  The Afrobeats genre continues to rule the music world and the likes of Burna Boy, Davido, Mr. Eazi and Omah Lay, who are still in their 20’s, spearhead and remain the face of the genre. The international recognition of Afrobeats has given artists more visibility on the global forefront. This was the case for Davido, Mr. Eazi and Tiwa Savage, who were featured on the cover of the Billboard magazine. Music remains of significant importance and the youths are a big factor to the success of the industry.

In Nigeria, the music revenue grew from $26 million in 2014 to $34 million dollars in 2018, according to Statista. The music revenue in Nigeria is expected to increase to $44 million by 2023 as reported by Statista.

Africa’s youth are also flying high in the area of sports, particularly in soccer. Wilfred Ndidi and Kelechi Ihenacho of Nigeria (both players at Leicester City in the English Premier League) come to mind. Also, Percy Tau, a South African soccer player, who was with R.S.C Anderlecht in Belgium, will now be returning to his parent club, Brighton & Hove Albion in the premier league. Tau plays in a forward position and he is expected to make his debut for the seagulls (Brighton & Hove Albion) in the 2020-21 season of the premier league.

Lastly, youths in Africa have also been influential on the activism forefront, especially in the last couple of years. This was evident in October of 2020, when several Nigerian youths took to the streets to fight against police brutality in the End SARS protests. In Uganda, Musicians like Bobi Wine’s foray into Politics first as a parliamentarian and presidential candidate is attracting more youth to get into politics.

Other youths like Christelle Kwizera, founder of Water Access Rwanda, have been involved in helping communities with access to water. According to Global Citizen, Kwizera’s plan is to eradicate water scarcity and to provide clean water for people in local communities. Currently, her organization has supplied 70,000 people in Rwanda with clean water. Kwizera’s efforts earned her the Cisco Youth Leadership Award at the 2020 Global Citizen Prize.

See Also:  5 habits of Nigeria’s business billionaires you should emulate

African youths definitely have a lot to offer in several sectors and this would be vital to the growth of the continent. African governments need to understand this and invest meaningfully and in a sustainable way on the youth population to reduce the migration drain.

The enthusiasm, the work rate, and efforts are why the current children of Africa have an opportunity to be wonderful leaders of tomorrow. With the right nurturing environment in place, Africa’s future is in safe hands.