FG Plans Increase Of Freight Rate Of Petrol To ₦9.11 Per Litre 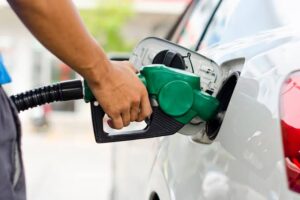 The Federal Government has commenced discussions with representatives of the organised labour on how to raise the freight rate of the Premium Motor Spirit (PMS) petrol from N7.51 per litre to N9.11 per litre, the Executive Secretary of the Petroleum Equalisation (Management) Board (PEF), Alhaji Ahmed Bobboi, has disclosed.

The plan will amount to 21.30 per cent hike in freight that is a Petroleum Products Pricing Regulatory Agency (PPPRA) component of the total cost of the petrol, Daily Trust reports.

Bobboi disclosed this at the 21st Annual General Meeting (AGM) of the National Association of Road Transport Owners (NARTO) that held at the Zuma Rock Resort, Abuja-Kaduna expressway in Niger State on Thursday.

In his virtual goodwill message, the Executive Secretary of PEF said the agency was waiting for the Federal Government’s approval before it would begin the implementation of the new freight rate of N9.11 per litre.

Besides, he revealed that the Federal Government was expecting the labour unions to revert to it on the agreement it has taken from the joint committee set by the government on the hike in the price of petrol and electricity.

FG to announce effective day
Asked to comment on the implementation of freight increase, the Nigerian National Petroleum Corporation (NNPC)’s Group Managing Director (GMD), Malam Mele Kyari, said upon the conclusion of the deliberations with labour, the Federal Government will announce the effective date in line with the pricing template.

Represented by the corporation’s Chief Financial Officer, Umar Ajiya, he told reporters at the ceremony that: “The Executive Secretary of PEF made a statement that there is an on-going engagement between the Federal Government and the labour, and at the end of that process, the government will make adequate pronouncement as to the effective date of that figure as contained in the pricing template”.

Earlier in his goodwill message, Kyari commended the association for its operations despite the daunting challenges in the country.

He said; “we are not unaware of the conditions of our roads, the insecurity, the highways, and also a number extortions do take place along these highways.”

He urged the association to ensure that its trucks and drivers comply with safety standards at all time which has been put in place by the regulator towards ensuring hitch free operation at the depot and on the highway.

He promised that the NNPC will continue to cooperate with the association to resolve all the challenges impacting in the distribution of products in the country.

The GMD urged the transport owners to ensure that their tankers and drivers meet the safety standards set by government regulators for the industry to curb accidents involving petrol tankers.

Improved services for transfer owners
Speaking, NARTO’s National President, Alhaji Yusuf Lawal Othman, urged the government to implement the new N9.11 freight rate to enable the transport owners improve their services and increase the wages of their staff including the truck drivers.

Othman assured that NARTO would continue to work to improve the safety of their truck and drivers.

He told reporters that: “With the promise of the increase in freight rate there will be more income that will allow more investments in the facilities and at the same time, our drivers will be happy because there is clamour from them to increase their package and allowances from now to next month.

“I believe if that freight cost is reviewed, we are going to assent to their clamour and things will be fine by the grace of God.”

Earlier in his welcome address, he said the association has made significant contributions to the national economy.

He noted that apart from accounting for a large percentage of revenue to government through taxes, rate and levies of all kinds, NARTO is the biggest employer of labour next to the federal government.

The National President said for every truck loaded, about 20 people derive their livelihood in clouding their defendants from origin destination.

He described the association as the mouthpiece for the projection and articulation of transporters’ problems to the extent that it was able to set up machinery for periodic review of freight rate with the Federal Government for the interest of all transport in Nigeria.

According to him, NARTO provides statistics for the Federal Government, its agencies and parastatals on vehicle costs, operation and data numbers of vehicles in circulation in the country from time to time.

The Central Bank of Nigeria (CBN) said it has revealed its plans for the association be the sole transporter of the outputs of all its programmes, including the petroleum products from the Dangote Refineries.

The representative Development Finance Department of the bank, Babatunde Zaccheus, said the NARTO members will transiting the dry season farming outputs and products from the Dangote Refinery that is coming on stream very soon.

He commended the association for coming to the apex bank’s rescue when it needed to transport the fertilizers for dry season farming during the COVID-19 lockdown.

His words: “NARTO came in at a time when we were having difficulty during the COVID lockdown. We wanted to have vehicles to move a lot of fertilizer and NARTO came on across the country.

“And NARTO came in and delivered. We look forward to a working relationships a more harmonious one. Dangote Refinery is coming on stream. We are going to be using NARTO for all the programme that we run.

“For the dry season farming this year, CBN is going to be funding quite a lot of players, we are doing the largest during season and farming Programme across the country. And NARTO is going to play a key role both the logistic movement of the inputs and also the outputs that has been cultivated this numerous time.”

There were also representatives from other ministries, parastatals and agencies at the meeting.