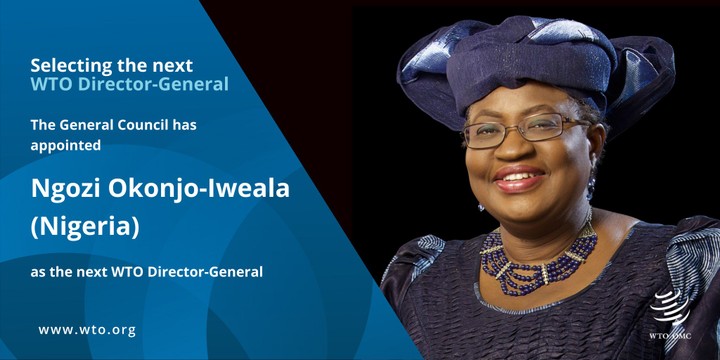 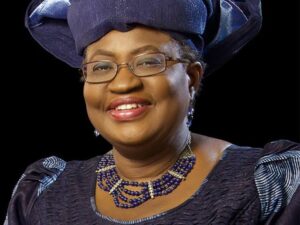 On February 15, 2021, Ngozi Okonjo-Iweala, the daughter of a Nigerian royal and academic, became the first African and first woman to lead the universe’s flagship trade institution — the World Trade Organisation (WTO).

Okonjo-Iweala, who is used to shattering glass ceilings, becoming the first female finance minister in Nigeria, and the only human dead or alive to have held the position twice, outdid seven other contenders to emerge as the “Queen of Trade”.

Nicknamed Okonjo-Wahala, the trouble woman, for her tenacious execution of reforms in Nigeria, the development economist has gone on to clinch numerous international roles after her time in the country’s ministry of finance.

She has been appointed to the board of Twitter; saddled with the responsibility of leading the world’s leading vaccine organisation, Gavi; called to serve on the board of Standard Chartered Bank; and taken up numerous responsibilities at the AU, UN, IMF.

TheCable has extensively reported her journey to become the first female DG of the WTO. Here is a timeline of how the vision became a reality.

This is a decision that I do not take lightly. Between the lockdown and my recent knee surgery, I have had more time than usual for reflection. And I reached this decision only after long discussions with my family — my wife here in Geneva, and my daughters and my mother in Brasilia. It is a personal decision — a family decision — and I am convinced that this decision serves the best interests of this Organization.

“The embassy of the Federal Republic of Nigeria and permanent mission to the African Union (AU) and United Nations Economic Commission for Africa (UNECA) presents compliments to all embassies and permanent missions in Addis Ababa and has the honour to inform that the Federal Government of Nigeria has withdrawn the candidacy of Ambassador Yonov Frederick Agah for election to the position of director-general of the World Trade Organisation (WTO).

“Nigeria is therefore pleased to request the support of esteemed AU member states as well as permanent missions and embassies in Addis Ababa in favour of the candidacy of Okonjo-Iweala.”

Agah is Nigeria’s permanent representative to the WTO and WTO’s deputy Director-General.

“During the ambassadorial level ministerial committee on candidatures meeting which was held on June 4, 2020, the Office of Legal Counsel (OLC) gave its legal opinion regarding Nigeria’s nomination of a new candidate to the post of WTO-DG, in which the OLC clearly highlighted that – from a legal point of view- such a nomination is not in conformity with the executive council decision EX.CL/Dec. I 090(XXXVI), since the council’s decision, had specifically endorsed the three names of candidates as submitted by the ministerial committee’s report after thoroughly examining the qualifications and professional experience of each of the three above mentioned candidates,”

The AU legal counsel says the nomination of Okonjo-Iweala violates Rule (11), 1, 2 and 3, Rule 12 and Rule 15(3) of the rules of procedure of the committee on candidatures within the International System of the AU as well as Council’s Decisions Ex CI 1072 (XXXV), Ec CI Dec 1090 (XXXVI) and Assembly Dec 795 (XXXIII).

‘It is obvious that the OLC is stubbornly trapped to the unfounded notion that the candidature of Dr. Ngozi Okonjo-Iweala is a fresh submission and cleverly refraining from recognising it as replacement for Ambassador Yonov Frederick Agah, an earlier submission, duly made in line with all known rules.

“By the same token of illogic, does it then mean that a country whose candidate steps down as a result of natural causes or act of force majeure becomes ineligible to replacing such candidate according to OLC?

“Such conclusion is not just patently wrong, but worrisome and grossly uninformed.”

“Members shall have one month after the start of the appointment process to nominate candidates. Nominations shall be submitted by Members only, and in respect of their own nationals,” a spokesperson of the WTO told TheCable via email.

“The candidates nominated shall then have three months to make themselves known to members and to engage in discussions on the pertinent issues facing the organisation.

“The remaining two months prior to the conclusion of this process shall be devoted to selecting and appointing one of the candidates.”

Nominations for the Office of Director-General of the World Trade Organisation (WTO) has officially closed. As at close of nomination on July 8 2020, eight nominees from different countries had indicated interests.

The procedures for appointing the WTO Director-General are described in document WT/L/509. The nomination period for the 2020 DG selection process ended on 8 July. The second phase of the process in which the candidates “make themselves known to members” will end on 7 September.

On that date, the third phase will begin. The Chair of the General Council, together with the chairs of the Dispute Settlement Body and the Trade Policy Review Body, will start to consult with all WTO members to assess their preferences and seek to determine which candidate is best placed to attract consensus support. The third phase will last no more than two months.

“The meeting of the Committee at Ministerial level was planned for three separate dates in order to deliberate on it, namely 2nd July, 10th July and 15th July 2020.

“However, due to circumstance beyond the control of the Committee, the meeting has not materialized to date.

“As of present, therefore, there is no African Union-endorsed candidate for this post.”

Gordon Brown has endorsed Ngozi Okonjo-Iweala to lead the World Trade Organisation, arguing that she has a record of delivering results in “the toughest of jobs”.

A vote for her by all is a step in the right direction. I fully endorse the candidature of @NOIweala to lead @WTO. (Aliko Dangote)

The new director general of the World Trade Organisation @wto must have the political gravitas to reform, renew and tackle truly 21st Century frictions. I believe Ngozi Okonjo-Iweala (@NOIweala) is that leader: (Paul Polman, Co-founder and Chair, IMAGINE)

In consultations with Amb. Walker, Amb. Dacio Castillo of Honduras and Amb. Harald Aspelund of Iceland, WTO members indicated that the five candidates who should advance are Ngozi Okonjo-Iweala of Nigeria, Yoo Myung-hee of the Republic of Korea, Amina C. Mohamed of Kenya, Mohammad Maziad Al-Tuwaijri of the Kingdom of Saudi Arabia and Liam Fox of the United Kingdom.

See Also:  Inside Jobberman’s partnership with Coursera and its plan to train 5 million Nigerians

Okonjo-Iweala said she was thrilled to learn that “all African countries are getting behind me.”….

According to her, a group of Caribbean and Pacific states had also said they would back her, bringing the number of countries officially endorsing her candidacy to 79 out of the 164 states that comprise the WTO….

The 27 European Union member states have backed Nigeria’s former finance minister, Ngozi Okonjo-Iweala, in her bid to become the first African and first female director-general of the World Trade Organisation.

The US express strong support for Yoo Myung-Hee for the candidacy of DG-WTO, despite over a hundred Countries preferring Okonjo-Iweala (October 28, 2020)

The United States said, however, it could not support the candidacy of Okonjo-Iweala and said it would continue to back the South Korean candidate Yoo Myung-hee.

Okonjo-Iweala reacts to the US strong support for Yoo Myung-Hee, despite over 100 countries backing her (October 29, 2020)

Happy for the success & continued progress of our @wto DG bid. Very humbled to be declared the candidate with the largest, broadest support among members & most likely to attract consensus. We move on to the next step on Nov 9, despite hiccups. We’re keeping the positivity going!

A cross-section of former senior U.S. government officials, including a Nobel Laureate, along with academicians and civil society leaders, have written to President Biden in support of the election of Dr. Ngozi Okonjo-Iweala as Director-General of the World Trade Organization.

Opposition from the Trump administration has stalled her selection which requires consensus according to WTO procedures. Here is the text of the letter that was delivered after Biden took office on January 20.

Korea’s Trade Minister Yoo Myung-hee announced on February 5 (local time) that she would withdraw her candidacy for the next World Trade Organization (WTO) Director-General. Korea will continue to work with responsibility for the restoration of the multilateral trading system.

DG-WTO: US Officially Backs Okonjo-Iweala To Lead The WTO (February 5, 2021)

The United States takes note of today’s decision by the Republic of Korea’s Trade Minister Yoo Myung-hee to withdraw her candidacy for Director General of the World Trade Organization (WTO).