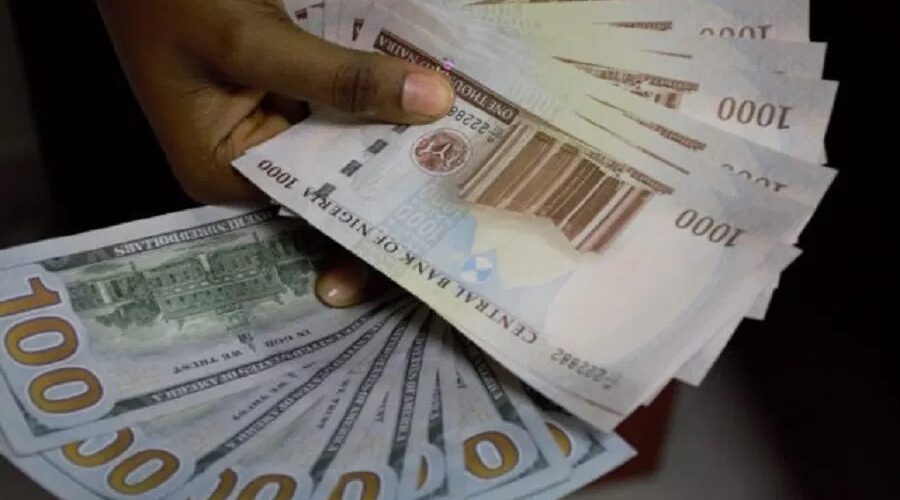 The exchange rate between the naira and the dollar depreciated closing at N394.17/$1 at the NAFEX window. 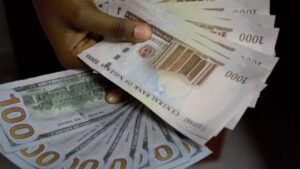 On January 20, 2021, the exchange rate between the naira and the dollar depreciated closing at N394.17/$1 at the NAFEX (I&E Window) where forex is traded officially.

This is as dollar supply rose significantly by 233.6% as demand puts pressure on the foreign exchange market.

The exchange rate disparity between the parallel market and the official market is about N80.83, representing a 17% devaluation differential.

The Naira depreciated against the dollar at the Investors and Exporters (I&E) window on Wednesday, closing at N394.17/$1. This represents an 82 kobo gain when compared to the N393.35/$1 that it closed on the previous trading day.

• Forex turnover at the Investor and Exporters (I&E) window increased significantly by 233.6% on Wednesday, January 20, 2021.

• The average daily forex sale for last week was about $169.93 million, which represents a huge increase from the $34.5 million that was recorded the previous week.

• The exchange rate is still being affected by low oil prices, dollar scarcity, a backlog of forex demand, and a shaky economy that has been hit by the coronavirus pandemic.

• There are fears that the exchange rate at the black market might be under pressure in the coming weeks as importers scramble for dollars to meet their demands.

Oil price steady rise
Brent crude oil price is at about $56 per barrel on Wednesday, as it moves towards the $60 mark, a strong sign that global demand could sustain price increases in 2021.

• This appears as a boost to Nigeria as the country’s crude oil price benchmark for 2020 was $40 while it projected an oil production output of 1.8 million barrels per day.

• Nigeria has a production capacity of 2.5 million barrels per day but is subject to OPEC’s crude oil production cuts, which are expected to help sustain higher oil prices.

• This is the highest level since July 2020 and a sign that higher oil prices and steady output levels may be contributing significantly to Nigeria’s foreign exchange position.

Nigeria rising external reserves
• The external reserve has risen to $36.464 billion as of January 19, 2021, suggesting that the government may have taken receipt of the $1-1.5 billion World Bank Loan.

• The unification of the exchange rate was previously cited as a major requirement for receiving the world bank facility.

• Nigeria needs the external reserves to hit $40 billion if it is to adequately meet some of the pent up demand that has piled up since 2020 when oil prices crashed and the pandemic caused major economic lockdowns.